Autism and Law Enforcement: Training, and When to Say No

This article aims to stimulate discussion concerning the balance between teaching individuals with autism spectrum disorder (ASD) to trust law enforcement to keep them safe, and the need to interact with those same professionals in a way that preserves their rights. 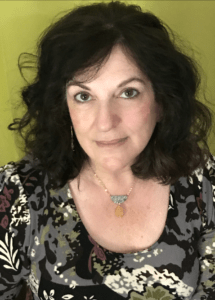 The lack of training to recognize and work with individuals with ASD including Asperger’s Syndrome (AS) in the Criminal Justice System (CJS) accompanied with negative media portrayals from high visibility incidents1 has influenced the lack of understanding throughout the CJS. This may lead to negative outcomes from CJS interactions including the acceptance of false or misleading statements, the complete removal of or restriction to constitutional rights, and the prosecution of innocent citizens.

Tony Atwood describes AS this way: “…it describes someone who thinks and perceives the world differently from other people.2

Robert Jackson, attorney and judge who served as an Associate Justice of the United States Supreme Court was notable for his work as the Chief United States Prosecutor at the Nuremberg Trials of Nazi war criminals following World War II. Jackson states, “Any lawyer worth his salt will tell the suspect, in no uncertain terms, to make no statement to the police under any circumstances.”3

The Innocence Project reports 25% of falsely accused victims, later released from prison due to DNA tests, have incriminated themselves by talking to police, or pleading guilty.

Many of the nation’s more than 350 wrongful convictions overturned by DNA evidence involved some form of a false confession4. The following factors contribute to or cause false confessions:

A person might be singled out by stating the truth, having that truth spun up to fit a predetermined scenario of perceived complicity or guilt. Always follow law enforcement directions, answer respectfully and only give police your name, phone number and address, while politely declining to answer further questions without a lawyer present.

According to the Federal Laws of Evidence 801 (d)(2)(A), anything you say can be used against you, and

cannot help you in a court of law.

Persons with mental disabilities are significantly disadvantaged with regard to police interrogation relative to non‐disabled individuals.7

The language used in a Miranda warning varies between jurisdictions.8

Simply advising the suspect of their rights does not fully comply with the Miranda rule. The suspect must also voluntarily waive their Miranda rights before questioning can proceed.10 An express waiver is not necessary.11 The waiver must be “knowing and intelligent” and it must be “voluntary.” These are separate requirements. A theoretical right that cannot be exercised is meaningless (Cicchini).12

ASDs are hallmarked by a lack of understanding of idiomatic speech.13 Children with ASD do not infer the meaning of mental state verbs in context, make inferences about social scripts, understand metaphor, or produce speech acts, all of which are the basis of successful social communication, as they elaborate meaning or convey intentions.14

The officer has read the Miranda warning and says, “Do you waive your rights?” The words can be misinterpreted to mean “wave your right hand.” This misunderstanding is the difference between stopping the interrogation and having your child helpless, without rights or representation, at the will of the interrogator.

To the question, “do you waive your rights”, the answer is, “No.”

Even if innocent, deny guilt, tell the truth and say nothing incriminating; you don’t want to hand police something suspect. They look for two things: motive and opportunity. They may take portions of a statement out of context to support their conclusions.

Suggested language when invoking your right to silence:

I respectfully decline to answer on the basis of the Fifth Amendment, which—according to the United States Supreme Court—protects everyone, even innocent people, from the need to answer questions.15

This advice is not based on caprice but is part of the protections afforded to every citizen.

Considering the communication differences, idiomatic speech patterns or concrete learning styles associated with ASD, modern interrogation will present insurmountable hurdles and put the subject with ASD at a considerable disadvantage.

Controversial aspects of interrogation are detection of deception, presumption of guilt, and techniques employed in real‐world interrogations.16 Other tactics, such as confronting suspects with guilt and disallowing denials, extended questioning, and presenting false evidence are no more than bullying and coercion.

The interrogator’s determination of suspected guilt is a reliance on nonverbal behavioral cues and analyses of linguistic styles that are believed to indicate deception.17 The tactics used in interrogation are the areas of deficit for people with ASD.

Communication deficits including lack of eye contact and circumscribed speak patters are the indicators an interrogator may ascribe as lack of trustworthiness, culpability or guilt. The person doing the questioning is a trained interrogator with possibly years of experience. Our children have zero experience. Zero is no match for the professional.

Advocates must work with law makers to mandate training on working with citizens with ASD at every level of law enforcement.

Working with lawmakers, Florida successfully passed CHAPTER 2017‐43. The verbiage for the legislation can be a sample for passage in other jurisdictions:

Programs supporting individuals with ASD can incorporate curriculum which teaches the law enforcement process, the CJS and rights of individual citizens.

One son or daughter with autism involved with the criminal justice system, whom by virtue of their disability cannot self-advocate, protect themselves or exercise their rights, is one too many.

Madeleine Goldfarb, MA CFM is the Director of Noah’s Ark Institute, mother and emergency management expert. She is an international speaker and advocate. For more information, visit www.noahsarkinstitute.org.

A simple idea to bring autism awareness to the New Rochelle Police Department and the City of New Rochelle, NY, has since spread to over 350 first responder agencies around […]

The Importance of Communication in Neurodiverse Relationships

Neurodiverse relationships, in which one or both partners are on the autism spectrum, can be among the strongest partnerships. However, neurological differences present unique challenges, particularly related to communication. Partners […]

Individuals with Intellectual and Developmental Disabilities who face the greatest challenges most often have failed to acquire a means of effective communication. Most adults and children alike without verbal behavior […]