Dating and Relationships: A Perennial Challenge for Many Autistics

This is one area about which, like so many on the autism spectrum, I can hardly be considered an expert. Nevertheless, because of its importance to so many in the autistic community, I feel the need to share what little I have learned on the basis of meeting and talking to others who have faced these challenges, as well as my own personal life experience; these constitute the only basis of whatever knowledge I can claim. 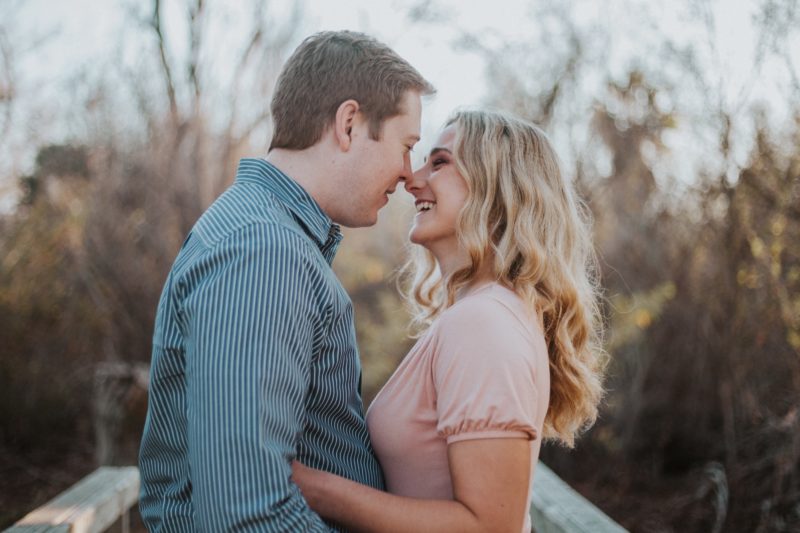 Having attended and facilitated numerous Aspie support groups in New York City over the past 20 years, I distinctly recall that some of our best-attended meetings were those that dealt with this issue. In fact, it became the traditional topic for February meetings, which always fell near Valentine’s Day.

Above all, I need to emphasize that the all-too-common belief about autistics not being interested in romantic or sexual relationships is both entirely false and highly detrimental to the autistic community. From my own experience, I can ascertain that the vast majority of autistics are very interested in such but face a variety of challenges when it comes to pursuing them (this was certainly the case for me). Consequently, this myth needs to be immediately and completely discredited once and for all.

Although I have no actual data to support this, I am strongly of the impression that most autistics face the same issues concerning sex and sexuality as does the general population. Many difficulties that are identified as sexuality-related are, in my opinion, really manifestations of the many interpersonal and social challenges faced by virtually all autistics. Such skills, in our society, are essential to forming any kind of romantic or sexual relationship, and deficits here can create considerable difficulties for autistics (as they do in so many other aspects of life). I have come to this conclusion from hearing the stories told by many autistics, male and female, straight and gay, as well as from my own life experiences. There needs to be serious reconsideration of these issues; in particular, autistics need to be regarded as no different from anyone else where these areas are concerned, and simply have their very real challenges addressed in whatever manner is appropriate and effective.

What Are the Real Issues?

The fundamental skills needed to find and form relationships involve, among other things, socialization, nonverbal communications, and an understanding of the other person’s perspective (theory of mind). Autistics are generally deficient, sometimes severely, in any or all of these things. Is it any wonder that they have such well-known difficulties in the area of relationships as they do? Whatever methods are used to help them with these challenges in other aspects of their lives most emphatically need to be applied here as well. These methods can range from therapeutic techniques, when indicated, to basic counseling and coaching (which can go a long way when done by someone who really understands the challenges).

One major concern here involves the means of finding suitable prospects for potential relationships. Venues that do not require a high level of social ability are especially desirable; these need to be identified and promoted to the ASD community. Also, any activities or groups that involves special interests or abilities, for the many autistics who have such, should be investigated. Many successful relationships where one partner is on the autism spectrum involve another who has some personal eccentricities or peculiarities, comes from a foreign or otherwise different culture, or has had very unusual life experiences (I was actually married to someone considerably older than myself who had spent many years in a convent). In such cases, the differences of the autistic person are often seen as little more than personal peculiarities rather than something objectionable.

Another significant problem is that, regardless of the underdiagnosis of ASD in females and what the true ratio between males and females might be, the numbers of diagnosed or even identified ASD males are much larger than those for females. The result is that socializing within the autism community often becomes impractical for many, at least where finding prospective relationships is concerned. This is evidenced by the general lack of success of most Aspie online dating sites and services. Consequently, neurodiverse relationships need to be encouraged and facilitated as much as possible.

One other issue that is particular to many autistics is the tendency to fixate on one person as a romantic interest. Not only have I experienced this in my own life, but will never forget the time when, at an autism conference, I actually overheard someone telling the story of a young autistic person who had done exactly the same thing that I had done in my own youth so many years earlier! I since heard similar stories at various other autism community events and gatherings. This problem is further compounded by the inability of autistics to discern, let alone understand, the other person’s real intentions. All of this can result in embarrassing and painful situations, and even lead to accusations of stalking (which can have serious legal consequences). Those working with autistics trying to find relationships need to be aware of this issue and able to recognize when it is happening; prompt intervention should then take place accordingly.

Finally, on a personal note, I have both experienced and observed the common situation of being drawn to someone who, for whatever reason, is not entirely appropriate or compatible, while being oblivious to others who might have far greater relationship potential. While this can certainly happen to anyone, autistics, who often do not properly appreciate the other person or understand the situation, are far more likely to be susceptible to this. They need to be made aware of such.

Along with the basic issues, there are a number of hazards that can affect anybody, but to which autistics are especially susceptible; as such, they need to be made aware of these and how to spot them, so that they are better able to recognize and avoid them. As is so often the case, they involve various forms of deception. Exploitation of many kinds is tragically very common and can range from financial to sexual to otherwise having the person do things not in their best interest (performing uncompensated labor or engaging in illegal activities). Autistics, who so often are looking for friendships and especially romantic partners are often targeted in this manner because they desperately want to believe these deceptions and are somewhat if not entirely oblivious to their dangers.

There are also numerous schemes which may not have as severe consequences but are nevertheless embarrassing and painful for those who fall prey to them; once again, autistics are far more likely to be victims of such. These usually involve people pretending to be interested in the victim for reasons ranging from simply “playing games” (as happened to me at various times since adolescence) to deliberate attempts to embarrass and humiliate the victim. Once again, autistics are often unable to see what is happening, let alone understand why this is being done to them.

Another danger frequently reported by news media is that of online scams involving “relationships” in which the victim has never even met the perpetrator, who pretends to be romantically interested and gains their confidence to the point where they comply to requests for substantial amounts of money. This has happened on numerous occasions, often to people who are intelligent, highly educated, and nowhere on the autism spectrum. There have even been instances of more sophisticated deceptions where this was actually done in person by con artists. It is truly frightening to think of how vulnerable an autistic person, who is longing for it to be true and unable to see the deception, might be to such a scam.

The emergence of online dating poses a variety of questions for the autism community. Having made use of it a few times in my life, I had occasion to give this some thought. As a young engineering student in the 1970’s and a strong believer in the potential of modern technology, I was very impressed by the advent of “computer dating” as it was then known and quickly seized on an opportunity to participate. It certainly did not live up to its promise – the results were greatly disappointing. The very idea that any technology can identify suitable partners for people is nothing less than absurd. More recently, though, people became accustomed to communicating and even meeting online and, as such, many now do so. Still, online dating is nothing more than a venue for people to meet, and not a substitute for deficits in skills otherwise required to form and maintain relationships. Autistics need to be made aware of this.

What Needs to be Done?

Those of us on the autism spectrum, like everyone else, have a need for romantic companionship, yet are challenged by precisely those things that are required in the pursuit of such. Those who work with the autism community need to appreciate this situation and understand our challenges as best as they possibly can. Above all, the importance of this issue to so many in our community needs to be more widely recognized and actively addressed.

As an autistic high school senior, I’ve spent my time in high school juggling 12 AP and IB classes while being a campus leader, whether it be as Vice President […]