Disclosing Autism During an Interview

A question that is widely debated in the Autism community is whether a prospective employee should disclose during the interview process they are autistic (I use identity first language). Opinions vary on this topic. It is my opinion that the comfort level the interviewee has is a determining factor in disclosing. 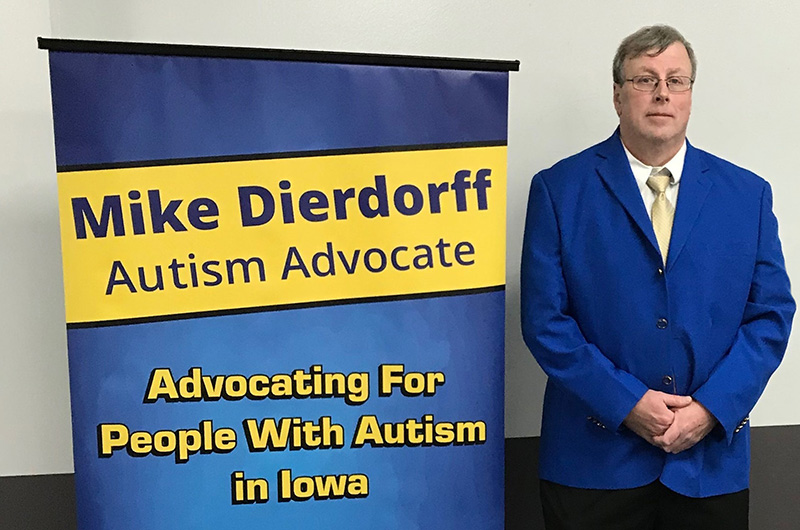 Personally, I choose to disclose. When the interviewer asks to tell me a little bit about myself, that’s when I choose to disclose. From my experiences interviewing (I’m 56), it puts me at ease. I have disclosed since 2016, and my disclosing definitely makes me feel more comfortable. The public as a whole is understanding autism more. When I first spoke to Talk To Me Technologies in Cedar Falls, IA, I had an idea as to what they did, and I disclosed at the first informal meeting. I sent several emails to them, telling them I was still interested in working for their company. In August 2017, I was unemployed, so I looked at their website to see what openings they had. There was an opening for a shipping/inventory clerk, which was something I had experience in. I didn’t get the original job, but they created a new position in which I would disinfect AAC devices that came in from loans and devices that were in need of repair. I accepted their offer, and at the age of 56, this is the best job I’ve ever had.

Marie Ugorek, who is an employee of a church, says she disclosed during her interview. She was recently diagnosed (in comparison, I was diagnosed at the age of four). She was open with the pastor and the lay people during the process. She also was involved in writing the description for the job, including the flexibility in which she needed before she was diagnosed. Her disclosing explained why she did things the way she did. She works with families with loved ones who have ADHD and are autistic, and one autistic parent. Her boss at the church has learned her insight as being autistic and having ADHD is seen as a valuable resource in planning events that are neurodivergent friendly, and not only does this benefit churches, but all businesses would benefit from having neurodiverse employees on their staff to provide viewpoints from an autistic’s point of view.

Brian Johnson, who works at a small rural newspaper, also chose to disclose to his current employer of several years. When he was working with the Vocational Rehab people several years ago, it was suggested  to him that he disclose so businesses weren’t surprised with any behaviors he may exhibit or any needs he may have. He had overheard a conversation between two women at a local television station (a worker at the station and the person who interviewed him), and one of them commented that it was an odd conversation. He wasn’t sure what it meant, but he never heard back. Despite this setback, he feels it is best to disclose so there aren’t any surprises down the road. He’s hoping in the future that conversations about autism will become less awkward and it just becomes a normal part of himself. He realizes some members of society are a long way from being accepting to those who are autistic, but it is his hope that everyone will be accepting of those on the spectrum. With his last two jobs, he has disclosed with no issues. He believes his strengths and challenges balance out, but a person not familiar with autism may not give that person a chance, which my honest opinion is most unfortunate. He believes in being upfront when being interviewed or you’re going to have a tough working for that employer.

This is just a small sample of people I asked this question to. I’m sure there are other who do not disclose, and it’s strictly a personal choice. I do believe that more people in personnel decision making are starting to understand what autism is and how it may affect them throughout the workday, and thusly, it may open up more avenues for autistic people in the future. Autism education needs to happen every single day. My goal is to see the unemployment rate within our community in line with the national average. Will it take lots of hard work? Absolutely it will. But business leaders and autistics need to work together to come up with solutions. Here’s a quote from a former colleague of mine: “Be proactive, not reactive;” this has stuck with me for many years. I believe some day this can happen. It won’t happen overnight, but we need to keep moving forward. Educate people in power about Autism. We as a community need to keep making progress.

Special thanks go out to Marie and Brian for contributing to this article. Your help is greatly appreciated, and I hope more autistics will have the courage to come forward. We must keep educating.

For more information, you can email Mike at mikedierdorff1965@gmail.com.