Since it debuted in 2011, the Get SET Early program, which provides pediatricians and parents with a relatively simple process to screen for indicators of autism spectrum disorder (ASD) in children as young as age 1, has steadily grown in use and validation. Early screening and identification of ASD has been linked to more effective treatment. 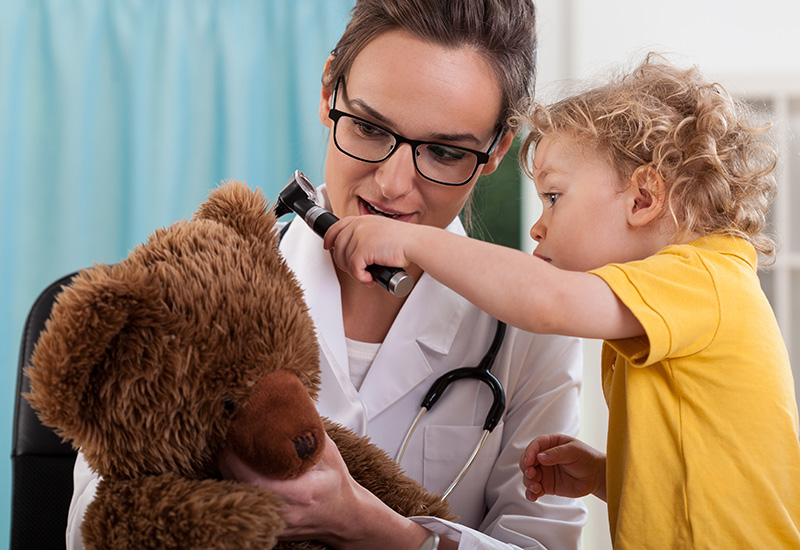 A new study, published in the April 26, 2021 issue of the Journal of Pediatrics by researchers at University of California San Diego School of Medicine, further bolsters these findings.

Led by Karen Pierce, PhD, a professor in the Department of Neurosciences who with colleagues created the Get SET Early program, researchers at the UC San Diego Autism Center of Excellence (ACE) assembled a network of 203 pediatricians in the San Diego region who conducted systematic screenings of 59,411 infants or toddlers at their 12-, 18- and 24-month check-ups. Parents completed a validated questionnaire about their child’s use of eye contact, words, gestures and other forms of age-appropriate communication, using either a paper form or an iPad. The final question on the screening tool: “Do you have any concerns about your child’s development?” (Yes or No).

Digital screens automatically scored patients as pass or fail. Pediatricians were asked to indicate whether they were referring toddlers who failed a screening for further evaluation and if not, why not.

Overall, 897 children failed the initial screening and received further evaluation at ACE. Within this cohort, 403 received a subsequent diagnosis of ASD. Approximately 60 percent of these children were assessed at their 12-month well baby visits, and received a comprehensive evaluation, diagnosis and treatment referral by age 15 months.

“There is extensive evidence that early therapy can have a positive impact on the developing brain,” said Pierce, who is co-director of ACE. “The opportunity to diagnose and thus begin treatment for autism around a child’s first birthday has enormous potential to change outcomes for children affected with the disorder. These toddlers, as part of the Get SET Early program began treatment roughly three years earlier than the national average of 52 months.”

But the study also revealed some surprising findings: Participating pediatricians referred only 39 percent of toddlers who had failed a screening for additional evaluation.

“Data from the iPads indicated the lack of referral follow-through was because pediatricians thought that the results of the screen were wrong,” said Pierce. “But if a parent noted that they were concerned by checking ‘yes’ on the last question, the referral rate increased to 70 percent.

“These findings underscore the importance of parent participation and input when seeking to detect the earliest signs of ASD or other development delays in young children. If you are a parent and have even minor concerns about how your child is developing, you must speak up. Don’t wait. Your voice carries weight.”

ASD is now estimated to affect one in every 54 children born in the United States. Multiple studies, including research conducted by Pierce and colleagues have found that simple parent checklists performed as early as a child’s first birthday can identify symptoms of ASD. Early diagnoses have been found to be highly stable as early as 14 months.

Pierce said the Get SET Early program, which has expanded to other cities and states with funding from the National Institute of Mental Health, can be adopted by any pediatric office, at virtually no cost.

This article has been reprinted with permission. You may view the original article at https://health.ucsd.edu/news/releases/Pages/2021-05-10-early-screening-tool-leads-to-earlier-diagnosis-and-treatmen-for-autism-spectrum-disorder.aspx.

Funding for this research came, in part, from the National Institute of Mental Health (grant R01 MH104446).