Exercise and Dietary Choices: Practical Advice Drawn from a Review of Current Literature

Obesity rates for children in the U.S. have risen significantly over the last decade. Currently one third of all children between the ages of 2 and 19 years in the general population are described as overweight or obese (Curtin, Jojic, & Bandini, 2014). Drawing from data provided in the National Study of Children’s Health, Curtin and colleagues reported that children with ASD were 40% more likely to be obese than those in the general population. 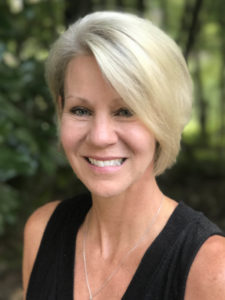 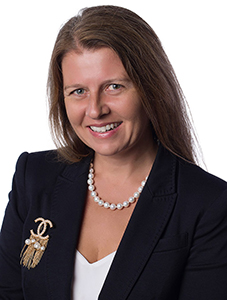 Dietary choices and participation in physical activity are two major factors that contribute to the health and wellness of all individuals (Curtin et al., 2014). Both of these factors are something that we have some ability to control. For many members of the general population, developing better lifestyle habits including healthier eating patterns and regular exercise can contribute significantly to achieving better health and wellness. However, individuals on the autism spectrum may encounter additional challenges to their overall wellness as a result of food fussiness, difficulty participating in exercise that is caused by deficits in social communication or delays in motor development, or weight gain that may occur as a side-effect of antipsychotic medications (Dawson & Rosanoff, 2009).

Inflexibility, preoccupation with sensory stimuli, or a preoccupation with smell and/or textures that often accompanies a diagnosis of ASD can have a negative impact on nutritional intake. Often times the reason for food fussiness or problem eating is not clear, and the confusion that arises can cause parents or other caregivers tremendous anxiety. A Functional Behavior Assessment (FBA) is a multi-layered method of determining the purpose of a behavior that identifies the underlying cause-effect relationship. This step is particularly important when planning an intervention, as this information allows a treatment provider to answer the question, “What purpose does this behaviour serve?” (Hadaway & Brue, 2016). Matson & Fodstad emphasized the importance of including a FBA and direct observational methods relating to feeding when conducting comprehensive assessments and planning treatment.

A variety of food-related problems in children with ASD have been treated. While the majority of research has targeted food selectivity, studies have also examined eating compliance, rapid eating, inadequate food consumption, and food packing. Initial findings have been described as promising (Matson & Fodstad, 2009).

One fairly typical challenge is young children who consume large volumes of sugar-laden and nutritionally empty flavored drinks, which if left unaddressed this behavior can become problematic. A successful study described gradually increasing the percentage of milk in a flavoured milk drink frequently consumed by a four-year-old girl with autism. In another study a FBA demonstrated that escape from demands was the underlying cause of refusal of non-preferred foods for a five-year-old boy with ASD. The subsequent treatment consisted of the boys’ mother presenting broccoli, grapes, cheese, chicken or hot dogs, one at a time. Sessions were terminated either when the new food was accepted, or 30 minutes passed. Food acceptance was also reinforced by subsequent presentation of preferred foods. Although more challenging in older children, for whom eating patterns have become more deeply engrained, food refusal was successfully treated for a 14-year-old boy with autism and profound intellectual disability by combining a preferred food item in the same bite with a non-preferred food. Condiments such as barbeque sauce, mustard, and ketchup were used as the preferred food. The researchers reported that the use of a condiment together with multiple presentations of the non-preferred food resulted in greater food acceptance.

While some individuals with a diagnosis of ASD may have special talent in a particular sport, many may experience additional challenges that can be attributed to delays in social understanding, gross or fine motor development that lead to loss of opportunity, or refusal to exercise. Physical activity levels of children with ASD were found to be significantly lower than their typically developing peers, involvement in team sports was reportedly lower, and engagement in solitary activities such as cycling or swimming was reported (Srinivasan, Pescatello, & Bhat, 2014).

Physical exercise may take the form of either individual or group activities, either of which can improve overall mental and physical health. The benefits of an active lifestyle include weight control, improved cardiovascular health, reduced risk of Type 2 diabetes, improved muscle and bone strength, improved mental health, sleep regulation, and may reduce stress and anxiety. Reductions in problem behaviors such as self-stimulatory behavior and aggression, as well as improvements in social inclusion have been reported for individuals who have engaged in regular physical activity (Austin, 2014).

Lang, Koegel, Ashbaugh, Regester, Ence & Smith (2010) conducted a systematic review of published studies that targeted physical exercise for individuals with ASD. The majority of studies had instructed participants to run or jog around a track or field. The second most frequently described were water-based exercises that typically included swimming or water aerobics. Other types of exercise that were explored in the remaining studies included the use of a stationary exercise bike, lifting weights, using a treadmill for walking, roller-skating, muscle toning and stretching, and snow shoe walking.

The most common teaching or support strategy that was used was modeling and physical guidance. Typically, participants were taught to jog by having a teacher or therapist run alongside the participant close enough to deliver contingent verbal praise. Guidance included holding the participants arm while running or verbally prompting “keep running.” Jogging was also embedded in games such as “follow the leader” or “tag” when age appropriate, to make the exercise more fun and increase motivation amongst younger children.

Although there is currently a lack of guidelines from the American College of Sports Medicine (ACSM) for exercise prescription for individuals on the autism spectrum, exercise programs that combine components of aerobic, resistance, flexibility, and neuromuscular training for maximum gains in fitness and body composition are recommended (Srinivasan et al., 2014).

Practical Suggestions Drawn from the Review

When treating food-related challenges, an approach that embodies positive reinforcement of effort appears appropriate. Patience on behalf of the caregiver is of utmost importance, as positive behavior change may occur slowly. Data collection and recording of intervention progress may be beneficial, allowing caregivers to monitor progress and recognize when positive change occurs.

The approaches detailed in the interventions above may provide useful ideas when planning future interventions. For example, a mother who faces difficulty weaning their autistic child may experience success by gradually introducing cow’s milk in a flavored drink that is already accepted by the youngster. Similarly, a child who is reluctant to accept new fruit or vegetables may derive nutritional benefit from an intervention that targets a gradual reduction in empty calories often delivered in the form of sugar or fat, and a gradual reduction of processed foods.

A child who has been reluctant to engage in team sports may benefit from slowly and consistently incorporating an individual physical activity into their routine. Positive reinforcement of effort can serve as a solid foundation to help develop motivation within an otherwise reluctant child. Teacher modeling of an activity may be modified to fit the needs of a family unit, with a parent or sibling modeling activities such as running, swimming or cycling. These activities may ultimately become a family activity or even a competitive pass time.

As with other evidence-based ABA treatments, starting intervention as young as possible may contribute to improved outcomes. Problem behaviors may be best treated in their early stages, as attitudes and routines that promote healthy lifestyles may be more readily incorporated into daily routines.

Dr. Monica E. Carr is a Research Fellow at The University of Melbourne, Australia, and Member of the Board of Directors, Genesis School for Special Education, Singapore. Stacey Raza, B Sports Sci, Master in Clinical Nutrition, is at the New York Institute of Technology and Director, Speed Sports and Conditioning, located in Singapore. For more information, contact Dr. Monica E. Carr at mcarr.phd@gmail.com and Mrs. Stacey Raza at stacey@speed-sc.com.

A Call to Action: The Need for Advocacy in Healthcare Access in Autism

Although specific estimates vary substantially, autistic children and adults have a higher prevalence of comorbid medical conditions than those reported in non-autistic individuals. Among the most commonly reported comorbid medical […]

Why So Many Autistic Individuals Have Eating Disorders

Eating disorders have a devastating effect on the lives of those affected and are associated with the highest mortality rates of all mental illnesses. While they can affect anyone, there […]