Is Play Therapy an Evidenced-Based Intervention for Children with Autism?

As a board-certified behavior analyst (BCBA), I work with families that have a child diagnosed with an autism spectrum disorder (ASD), and periodically see an increased interest in specific interventions. Multiple families start asking me whether a specific intervention is as effective as they are led to believe. Play therapy is one of those interventions. In the past year, 10 parents asked me whether play therapy is an effective intervention. That number of parents may not seem a lot, but when I see approximately 30 families a year, that is 33% of my families questioning a specific therapy. Even though my training is with behavioral interventions – specifically applied behavior analysis – I am not one to discount non-behavioral interventions as ineffective without considering the supporting evidence. So off to the library I went! 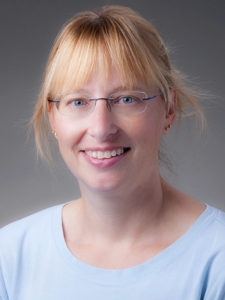 We know autism spectrum disorders are one of the fastest growing developmental disorders in the United States, with a prevalence rate of 1 out of 68 children (CDC, 2016). This discouraging fact provides more reason to identify effective, evidence-based treatments for children with ASD. Currently, autism interventions based on behavioral theories – such as applied behavior analysis – are the gold standard since they are documented as effective. However, some researchers in the autism field (e.g., Gallo-Lopz & Rubin, 2012; Greenspan & Wieder, 2006; Ray, Sullivan, & Carlson, 2012) proposed play therapy as a potential intervention for children with ASD, since play therapy addresses core issues of children with ASD such as social and relationship concerns. Since children with ASD have difficulty relating to others, play may be a wonderful tool for helping them move beyond self-absorption into varied, shared interactions.

Play therapy involves children engaging in play activities of their choice. The play therapy environment gives children with ASD opportunities to express themselves in ways that are most comfortable. Unlike many behavioral interventions, the play therapist’s job is participating in a relationship with the child through play (Ray, Sullivan, & Carlson, 2012). One type of play therapy is child-centered play therapy, a relationship-based intervention based on Axline’s (1969) early work, explaining that the client – not the therapist – was the primary agent of change. Instead of the therapist leading therapy, children are in charge of the pace, direction, and content of the therapeutic journey. In child-centered play therapy the therapist enters the world of the child and uses the relationship as an intervention, rather than training children to engage in specific behaviors that may conflict with their natural ways of being.

Second, the theory behind play therapy makes it suitable in addressing some of the core difficulties exhibited by children with ASD (Ray, Sullivan, & Carlson, 2012) such as limited social interactions and communication difficulties. With play therapy, children have the opportunity to develop trust with the therapist and feel comfortable. Once a child feels safe, he or she may be motivated to engage socially with the play therapist, eventually generalizing his or her skills to home and school environments.

For more information about this article you may contact Heidi Hillman at hhillman@ewu.edu.

Carden, M. (2009). Understanding Lisa: A play therapy intervention with a child diagnosed on the autism spectrum who presents with self-harming behaviors. British Jounral of Play therapy, 5, 54-62.

Greenspan, S. I., & Wieder, S. (1997). Developmental patterns and outcomes in infants and children with disorders in relating and communicating: A chart review of 200 cases of children with autism spectrum diagnoses. The Journal of Developmental and Learning Disorders, 1, 1-38.