Being able to be as independent as possible often substantially impacts future success in all aspects of life (Causton-Theoharis, 2009; Hume, Loftin, & Lantz, 2009). Therefore, as a student moves through adolescence, it is essential for the educational team and family to place increasing emphasis on promoting student independence. This should be carefully considered when developing the individualized educational plan (IEP) for the student. 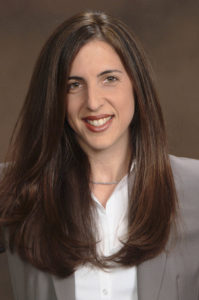 IEPs often focus on short-term goals and objectives projected for the year ahead, with supports and services to help the student achieve those skills. However, it is suggested that the IEP should be developed as a plan emphasizing independence, with long-term goals always on the forefront of the discussion. With this framework in mind, the team should focus on supports the student needs now to ultimately require less intrusive supports in the future. Goals for independent functional skills should be included in addition to those that are academically oriented. A variety of accommodations and modifications should center on promoting both student progress and independence (Asher, Gordon, Selbst & Cooperberg, 2010; Twachtman-Cullen, 2000). Areas of independence may include behaviors such as initiating tasks, transitioning between activities or locations, organizing materials, caring for one’s own daily needs, and more.

Paraprofessionals are routinely assigned to support students with autism spectrum disorders in the school environment (Giangreco, Halvorsen, Doyle, & Broer, 2004). There are many clear advantages and disadvantages to this approach. Paraprofessionals often provide the assistance students require to access less restrictive settings. Some of their responsibilities may include taking the lead for implementing behavior plans, gathering important information about the student’s skills and deficits, promoting social interactions with peers, and collecting data (Twachtman-Cullen, 2000).

A key advantage of the use of paraprofessional supports includes the ability to promote generalization for the student across environments. Having detailed knowledge of the student’s abilities and challenges allows them to plan ahead as well as prepare to assist the student in new situations and settings. While these are all reasonable tasks and often necessary benefits, providing 1:1 adult assistance can also be considered most restrictive and significantly impact the student’s autonomy. Peers may be less likely to approach and interact with the student due to an adult’s presence (Giangreco, Edelman, Luiselli, & MacFarland, 1997). The student may engage in spontaneous conversation more readily with the adult, creating an unnatural division from the student’s classmates. The potential for prompt dependency is also heightened when an adult is always present (Causton-Theoharis, 2009). Best intentions to provide support for the individual may result in too much being done for the student or the use of intrusive prompts without a careful fading plan.

Therefore, prior to establishing the need for 1:1 staffing, a thorough assessment of the specific areas for support should be completed. Teams should convene to determine what they anticipate achieving by using 1:1 supports and review if these needs can be met more effectively in other ways to promote student independence (Causton-Theoharis, 2009). For example, students may benefit from using communication devices, technology, additional visual cues, peer modeling, and environmental adaptations. Additionally, providing teachers and paraprofessionals with more advanced training can encourage the use of alternative and creative ways to assist the student (Stockall, 2014; Giangreco, Edelman, Luiselli, & MacFarland, 1997). Instructing staff on the principles of applied behavior analysis, such as content included in the training for Registered Behavior Technicians (RBT), can improve upon educators’ utilization of effective prompting and fading strategies (Behavior Analyst Certification Board, 2013).

Once 1:1 support is in place for a student, collecting data on the paraprofessional’s role can provide great insight into the student’s ongoing needs. While it is customary to collect data focusing on student behavior, it is suggested that staff also self-monitor their own involvement with the student throughout the day. Sample content may include the types of prompts being used, the number of prompts required, and the proximity of the paraprofessional to the student. This information can be used to describe how the services are being used to support the student and point to areas in which the student requires further assistance. For example, if a student has consistent difficulty with unpacking and organizing his belongings each day, a visual list or schedule can be implemented to orient the student to the required tasks with the goal of gradually removing the adult from the prompt. The visual prompt can remain in place long-term and allow the student to work independent of adult assistance. Continuous documentation indicating the need for verbal prompting can signal a potential concern, thus leading to the development of new intervention strategies specific to promoting self-sufficiency for the student.

Ongoing assessment should also help to determine if the 1:1 support is needed throughout the entire day or just for specific subjects or activities. By reviewing the student’s schedule and targeted needs across environments, the paraprofessional can be scheduled for support only when necessary. Thus, student independence can be promoted by fading the adult support from specific activities or subjects. Fading may be done gradually, with the paraprofessional taking increasingly greater steps away from supporting the individual in each setting. For example, a student may be accustomed to being escorted to the bathroom, between classes, or to the bus at the end of the day. A plan for promoting the student’s independence would consider whether the student could learn to navigate these transitions on their own or perhaps with a peer. Rather than relying on the adult to prompt the student, alternate strategies should be investigated.

As educational teams plan how to support students, focusing on long-term goals for greater independence will serve a student well by preparing him/her for the future. Collecting data throughout the fading process can help to pinpoint any new concerns, allowing the team to consider novel strategies for helping the student and maximizing opportunities for self-sufficiency.

Causton-Theoharis, J.N. (2009). The golden rule of providing support in inclusive classrooms: Support others as you would wish to be supported. Teaching Exceptional Children, 42(2), 36-43.

Twachtman-Cullen, D. (2000). How to be a para pro: A comprehensive training manual for paraprofessionals. Higganum, CT: Starfish Specialty.