When Behaviors Result in Real Trouble: Legal Challenges in Individuals with ASD

When we think about legal matters and individuals with ASD, we often think of the relationship between the law and advocacy. Legal entitlements apply to individuals with disabilities, a free and appropriate education is guaranteed, and certain accommodations must be made to make settings and experiences accessible to all. In these contexts, the law is a major help to individuals on the spectrum and to their families, informing them of rights and assisting them in accessing services. 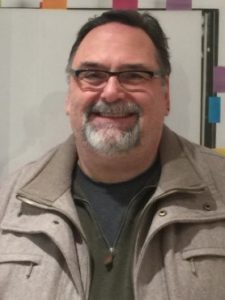 We do not often think of the ways in which the legal system may be an adversary or an impediment to an individual with ASD. Yet, these challenges are a reality for many. At times, the behavior of individuals with ASDs violates social norms and mores, and the end result can potentially carry with it significant legal ramifications for the individual. In this article, we will review some of the behaviors that occasionally create these legal challenges, and address ways to prevent negative outcomes for individuals with ASDs in these contexts.

Social Deficits as a Risk Factor

Individuals with ASDs have major social deficits that put them at risk for a variety of social misunderstandings. The tolerance for socially odd/unacceptable behavior diminishes with age. While a young child may run up to someone at a mall without much negative consequence or awkwardness, a large teenager who hugs a stranger is often considered a threat.

Furthermore, the period of adolescence is marked by many physical and emotional changes and sexual feelings in this population, just as it is in other populations (e.g., Henault & Attwood, 2002; Nichols & Blakely-Smith, 2010). Sexuality education, however, is often sorely lacking. This puts individuals with ASDs at high risk for a number of problems (Gerhardt, 2006). Most importantly, it makes them vulnerable to exploitation and abuse. Without adequate instruction in appropriate and safe behavior, individuals with ASDs may be victimized. Inherent difficulties in self-expression and communication with others can further contribute to an individual with ASD being unable to let someone know such abuse is happening to them. The lack of educational effort in this area combined with core social deficits of ASD increases the likelihood the individual will be misunderstood, misinterpreted, or perceived as threatening by others.

In addition, some of the unique features associated with an ASD such as sensory issues, can exacerbate what is already considered unusual behavior. This can result in serious legal consequences for the individual who is unable to either regulate such behavior or is unaware that it is inappropriate. For example, there may be a sensory-seeking aspect of an unusual behavior, such as touching a female’s legs or sniffing an individual’s feet (e.g., Nichols & Blakely-Smith, 2010). When these more deviant behaviors occur in an adolescent or adult, they are generally seen as highly offensive and as willful. This is the context in which legal ramifications may result.

In reality, many of these behaviors are instances of what Dave Hingsburger termed “counterfeit deviance” (Hingsburger, Griffiths, & Quinsey, 1991). They are not deviant behaviors per se; rather, they result from a lack of social skills, a core naïveté, or a lack of accurate knowledge (Hingsburger, Griffiths, & Quinsey, 1991) [what about poor judgment/discrimination abilities too?]. Individuals with ASDs who have good academic skills and normal intelligence are at highest risk for having such behaviors erroneously labeled as deviant and deliberate. When strengths obscure deficits, the attributions made by others are often that the behaviors were purposeful.

Many of the skills that we might identify as crucial sexuality skills are essentially social skills (e.g., Henault, 2004; 2006; Stokes & Kaur, 2005). For example, while we may teach and reinforce privacy, we may not explicitly teach the importance of not being naked in public. But for many individuals with ASDs, this explicit level of instruction may be necessary to ensure clear understanding and compliance. Sexuality education must include a focus on issues such as privacy, modesty, boundaries, and rules. When developing this educational content, it also is important to consider that many sexuality rules are hidden or unwritten, making instruction even more complex.

Furthermore, we must alter our behavior depending on situational and social contexts. It is permissible to be naked at times, for example. Similarly, it is sometimes acceptable to be physically affectionate toward another person, but only if it is consensual. For individuals with ASDs for whom making discriminations in their behavior across settings and situations is already challenging, this added layer of complexity in navigating veiled social norms presents a whole new realm of difficulty.

The worst circumstances encountered by individuals on the spectrum generally involve public displays of sexual behavior. It may be that individuals with ASDs are more vulnerable to these issues because of few other outlets, a tendency toward self-stimulatory behaviors, and poor social understanding (e.g., Dalldorf, 1983; Ruble, 1992). When socially unacceptable behaviors are persistent, serious consequences can result. Realmuto & Ruble (1999) reported on a case of an individual with autism who masturbated in front of children, which resulted in police involvement. Ultimately, the behavior was treated with hormone reducing medication and criminal charges were avoided but such cases raise ethical issues and concerns. How do we balance community protection and individual freedom? When may it be appropriate to restrict access to preferred sexual materials or activities?

A recent review of cases of offenders with Asperger Syndrome in the UK revealed that their experiences in the criminal justice system were very negative (Allen et al., 2008). The processes of arrest, investigation, and trial can be extremely challenging for anyone, let alone persons with limited insight and communication deficits. Difficulties may include misinterpreting what is told to them, misjudging what to reveal in a formal interview, sticking with an erroneous or incomplete description of what occurred once it has been presented, and misusing words to their disadvantage (Allen et al, 2008). These individuals have also been described as difficult to integrate into the prison environment and more vulnerable of exploitation once there.

Self-reports of offenders with Asperger’s indicate being overwhelmed with information and unable to process all that is occurring. They also report feeling unsupported, disbelieved, and generally confused. Fairly universally, these individuals did not feel that their disability was considered by the justice system. Allen et. al. (2008) summarize some strategies that could reduce the extent to which the legal process is negative and incomprehensible. These include presenting information about the process visually instead of verbally.

Perhaps most importantly, there is an urgent need to better educate law enforcement and corrections personnel regarding the unique needs and characteristics of persons with ASDs. Suggested adjustments in how such personnel interact with individuals include talking directly and without sarcasm or innuendo, giving the person time to respond, and approaching him or her in a non-threatening way (Debbaudt, 2002). Furthermore, several have suggested the importance of having a person familiar to the individual and an autism expert on site for all proceedings.

Strategies for Addressing These Issues

Dealing with sexuality in persons with ASDs is a complex undertaking. From a prevention perspective, individuals with ASDs must be provided accurate and concrete information regarding their sexuality, training in the social nuances associated with sexual behavior and sexual expression, and monitored for adherence to societal expectations and norms. These are long-term and multi-layered goals. In addition, we must also train the community that will encounter these individuals, especially law enforcement personnel. In this context, it is imperative to explain the ways in which such behaviors represent the disability of the individual and should not be automatically characterized as deviant. This may result in more compassionate and humane treatment of those individuals with ASDs who engage in counterfeit deviant sexual behaviors.

Sexuality Education Strategies That May Help:

Individuals with ASDs are at risk for legal difficulties. Individuals with intense interests and significant social impairments are at highest risk. Behaviors may be misinterpreted and consequences can be severe. It is imperative that educators address sexuality education, identify at-risk individuals, and treat such dangers as real. Effective collaboration with families must include making the discussion of these issues explicit. It needs to be dealt with as an essential area of education and treatment. Furthermore, law enforcement and legal personnel must be educated about the unique challenges that may be encountered with this population, so that compassionate solutions are possible.

Nichols, S. & Blakely-Smith, A. (2010). I’m not sure we’re ready for this: Working with families toward facilitating healthy sexuality for individuals with autism spectrum disorders. Social Work in Mental Health, 8, 72-91.

What Are Your Legal Entitlements Now That Your Child Has Been Diagnosed?

The Individuals with Disabilities Education Act (IDEA) is the federal law that governs the education of children with disabilities, including developmental delays. Your child with autism has the right to […]

An opportunity to reach a targeted autism readership of over 200,000 per year in print and online with over 22,000 social media followers