“The Promise of Research” 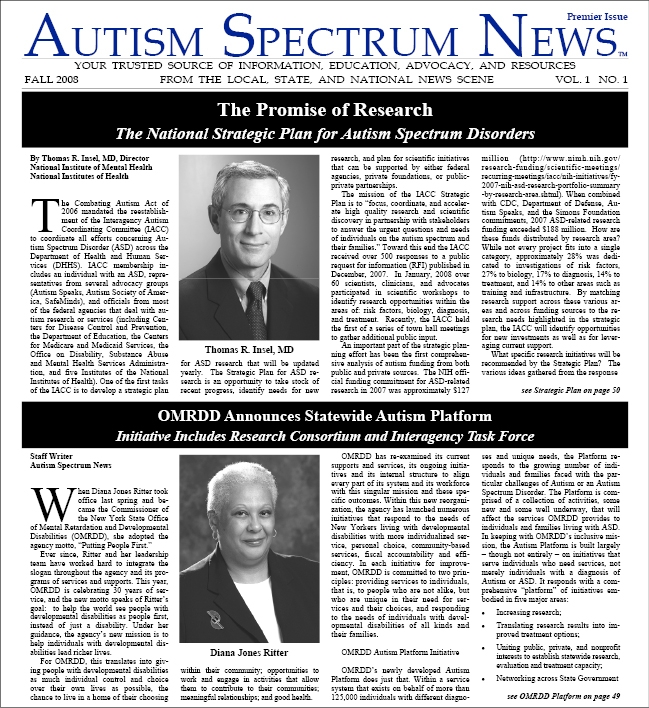 Articles in This Issue

Social Skills Groups: What Does the Research Tell Us?

Social skills deficits are considered to be one of the critical diagnostic impairments that define autism and Asperger Syndrome, so it is perhaps not surprising that both school personnel and clinicians in the community frequently recommend that a child or adolescent on the autism spectrum should be enrolled in social skills groups. The intention of […]

Some children with Autism Spectrum Disorders have to cope with considerable deficits in social and communication skills. They may have difficulty understanding the expectations of them in certain social situations resulting in inappropriate behaviors. One intervention method that targets social skills and is often under-utilized is video modeling – observing appropriate behaviors on a monitor […]

Autism and Autism Spectrum Disorders (ASD), while once considered extremely rare, are now recognized as relatively common. At Columbia University Medical Center, we are using the cutting edge technology to develop an innovative approach to studying and treating the symptoms of autism. What Do We Know of Brain Functioning in ASD? According to the DSM-IV, […]

At 15 months old, James had not yet begun to speak. His mother, Michelle Lederman, was not particularly worried, but she decided to do the prudent thing and have him evaluated for a speech delay. When the speech therapist recommended a second, more comprehensive evaluation, “I said, ‘Sure, go ahead!’” Michelle recalls. “Our speech therapist […]

The use of interventions derived from principles of applied behavior analysis (ABA) has a decades-long history in providing effective methods of ameliorating some of the symptoms of autism spectrum disorders. As a notable example, functional communication training (FCT)(Durand, 1990) has been shown to be an effective way to decrease behaviors that interfere with learning, including […]