“Autism isn’t this strange alien thing, it’s just a different way of thinking and experiencing the world. Some of us will find ourselves more or less compatible with modern living than others, we will all have different needs…but autism is not terrifying or awful, nor is it marvellous and fabulous, it just is” (Rhi). 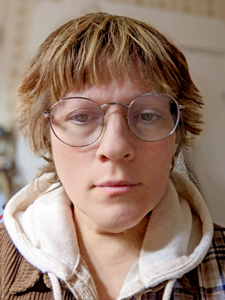 While autism has existed as a diagnosis since 1933, the only thing new about it is its definition as a neurodiversity. Originally regarded as an intellectual impairment, and stigmatized by society, attitudes toward Autism Spectrum Disorder are changing. The disability empowerment movement, among other human/civil rights campaigns, led the way to looking at autism through the eyes of autistic people, but full inclusion is only on the horizon. This article approaches the topic of autism advocacy from the standpoint of the continued exclusion of Autistic people in this era of diversity.

“Autism may have been recognized in the USA as early as 1846 by a phrenologist conducting a census on people who were then known as ‘idiots.’ One such man, 59-year-old ‘Billy,’ was considered intellectually incapacitated, although in many respects he demonstrated superior cognition. His verbal abilities were severely limited, but his musical pitch was perfect, and he knew more than 200 tunes. And there were others whose combination of skills, strengths, and deficits puzzled the examiners…If Billy were alive today, his disability, and that of others documented in 1846, would likely be diagnosed as autism” (Donvan and Zucker).

Autism Is Not a Disability

Autism is typically defined as a developmental disorder of variable severity, including difficulties with social interaction and communication, and restricted or repetitive patterns of thought and behavior. This description characterizes autism as an aberration instead of a range of differences in brain function and behavioral traits.

Diversity is defined as being composed of differing elements or qualities (Diversity), while a disorder is an abnormal state involving dysfunction, distress, and deviance. Current thinking favors viewing autism as a psychological diversity, innate to human beings.

The Americans with Disabilities Act, 1990, prohibits discrimination against people with disabilities in public accommodations, employment, transportation, government services, and telecommunications. The intent of such legislation was, and is, to ensure that an individual’s abilities, and not their impairments, are the focus of decisions affecting their lives (Guide to Disability Rights Laws | ADA.Gov).

In Canada, the laws protecting people with disabilities include The Canadian Charter of Rights and Freedoms and The Canadian Human Rights. In 2010, Canada ratified the UN Convention on the Rights of Persons with Disabilities. Yet decades later, while the law dictates the availability of accessible services, advocates are still fighting for adequate funding of home and community-based services for children and adults.

In 2016, the Province of Ontario eliminated government-funded access to behavior therapy for autistic children aged five and over. A public outcry forced the government to reverse its decision, announcing $200 million in funding over the subsequent four years.

In 2019, Member of Provincial Parliament Amy Fee submitted an article to the Toronto Star criticizing the state of autism services: “Parents [are] overcome with emotion just talking about their daily struggles to find help… Most of the families I spoke with…don’t understand why a small number of children get service, while the majority are on wait-lists… There’s a wait-list to receive a diagnosis, a wait-list to access provincial funding and another for private providers. All this waiting is adding to their stress and keeping children from accessing much needed therapy.”

There are still over 54,000 children registered in and waiting for core services through Access OAP (Ontario Autism Program).

What Do Inclusion and Empowerment Mean for Autistic People?

Inclusion is the practice of providing equal access to opportunities and resources for people who might otherwise be excluded or marginalized. Inclusive organizations reach out to people with disabilities, seeking to understand their differences, and fostering a sense of belonging.

Inclusion leads to empowerment, which provides:

While accommodating the needs of autistic people can be legally decreed, as long as autism misconceptions remain, many of us will face significant hardships. According to a UK study led by Simon Baron-Cohen, director of the Autism Research Centre at the University of Cambridge, almost half of autistic people lack sufficient money to meet basic needs, whereas one quarter of neurotypicals struggle with poverty (Salman).

My own experience with finding reliable employment is that I’m either overqualified or underqualified for jobs I apply for. Differences in the way I think, and process information diminish employers’ judgments of my suitability for jobs.

Along with Autism and ADHD, I have mental health issues stemming from lack of early diagnosis, being forced to live in a world that is not designed for me – or for other neurodivergent people. Having to mask or camouflage as “normal” to pass as neurotypical is physically and emotionally draining.

It is too easy to speak without thinking, to not genuinely listen and connect with people. When words are used in the wrong way, or uttered with the wrong tone, they can cause great psychological pain. Words hurtful to autistics include risk, disease, disorder, impairment, deficit, pedantic, and obsession.

A significant component of accessibility for people with disabilities is Identity. Historically, people have been referred to as their impairment, which destroys human dignity. For example, we’ve referred to a schizophrenic, blind man, deaf-mute, as opposed to putting the person first, i.e., person with schizophrenia, or a person with visual (or auditory/hearing) impairment. We still pity the mobility impaired as confined to a wheelchair rather than empowered to be more independent (Kent, 2003).

We now believe that disability doesn’t define a person’s identity, and people are more than their disability. Many autistics don’t feel impaired. We identify with our uniqueness and often prefer “Autistic Person” over “Person with Autism.”

Why Inclusion and Empowerment are Essential

Diagnosing autism has long been a matter of experts observing a person and attempting to match what they say and do against established criteria. While enormous gains have been made toward autism awareness, it is past time to create a world that autistics understand, embrace, and ultimately can engage with. We are human beings; genetically and neurologically different but thinking and feeling folks with strengths and challenges outside the “norm.” People tend to fear divergence from “normal,” and that fear can lead to framing those who are different as lesser beings.

The theory of neurodivergence is replacing the concept of autism as a disability or disorder. Empowerment of autistic children and adults comes from presuming intelligence and teaching to our differences. Some of us exhibit behaviors deemed “undesirable,” even bad. But those behaviors might be the only means some autistics have to convey their needs or distress.

Understanding autism necessitates entering our world, not forcing us to enter yours. Validate self-advocates and seek knowledge about the autistic mind from those with autism. Make the effort to forge bonds with us; seek to understand our world, our reality, and how we find meaning. Get to know us as fellow human beings, worthy of dignity.

“Inclusion is intentional. It is about identifying and removing barriers so that everyone can participate to the best of their ability” (The Inclusive Class).

“The Canadian Charter of Rights and Freedoms.” Canada.ca, Government of Canada, 1998, https://www.justice.gc.ca/eng/csj-sjc/rfc-dlc/ccrf-ccdl/.