Learning to communicate using speech and language is one of the primary tasks for young children. When delays are observed in language acquisition, they are considered one of the earliest indicators of developmental deficits that could potentially lead to social, behavioral, and academic difficulties. According to the Ad Hoc Committee on Service Delivery in the Schools, communication is an individual’s ability to receive, send, process, and comprehend concepts or verbal, nonverbal, and graphic systems (American Speech-Language-Hearing Association, 1993). They define speech as the articulation of speech sounds, fluency, and/or voice while language is the comprehension and/or use of spoken, written, and/or other systems. Young children with communication and/or language deficits have diverse profiles and varied needs for intervention. Additionally, the complexity of language systems and the relationships between language and communication development and other areas of child development make successful and sustained intervention especially complicated. Nevertheless, of the children served under IDEA Part B, almost 90% receive speech and language therapy or services (Hebbler et al, 2007). Estimates of the overall incidence of speech and language deficits range between 2% to 17%, depending on the definition of “speech and language impairment” (Nelson, Nygren, Walker, & Panoscha, 2006). 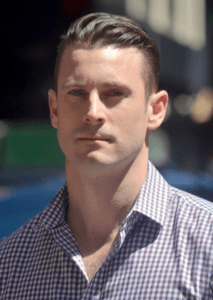 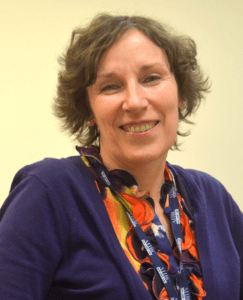 According to Kaiser and Roberts (2011), following decades of research and intervention evaluation, progress in the understanding and treatment of speech and language disorders has grown most in the following areas: (a) social, symbolic, and pre-linguistic foundations to spoken language; (b) parent-implemented language interventions; (c) the language foundations for literacy; (d) the relationship between language and social behavior; and (e) the use of augmented and alternative modes for communication. The authors also suggested a set of principles and practices to guide the understanding of and interventions for early language intervention:

Kaiser and Roberts specifically note that one of the major areas of improved understanding and treatment is in the domain of alternative and augmentative (AAC) communication. The use of AAC can be a transitional intervention before speech emerges or can be used for a life-long communication tool. Moreover, AAC use does not inhibit speech development. The authors also single out a unique AAC approach, the Picture Exchange Communication System (PECS) because of its systematic strategy for teaching both the communicator and the facilitator in the communication exchange. The emergence of AAC tools such as PECS are described as “one of the most exciting areas of communication intervention” for young children with speech and language impairments (Kaiser, & Roberts, pg. 304).

PECS is a research-supported communication intervention for children with autism and other developmental disorders. PECS is derived from B.F. Skinner’s perspectives on communication development contained in his writings on verbal behavior and behavioral science. PECS was first introduced into the literature in 1994 based on the research by Andy Bondy and Lori Frost (Bondy & Frost, 1998).

PECS encourages communication through the systematic progression of training phases that help learners understand the following:

Use of PECS in AHRC-NYC Schools

AHRC has seen firsthand the effectiveness of PECS with its’ student body and has utilized the system where appropriate as a primary communication intervention strategy, particularly with its younger students diagnosed with autism spectrum disorder.

Staff is introduced to PECS by:

However, despite AHRC’s best efforts to ensure consistency, continuity and fidelity, obstacles to implementing sound and efficacious PECS’s usage were encountered. Some of the issues were:

Implementing PECS correctly in the manner it was designed is often difficult and technically-demanding for the staff – many of whom are inexperienced teachers and have little to minimal experience educating children with an autism spectrum diagnosis. In fact, staff sometimes will reference utilizing PECS with students, when in reality; they are using a visual communication system bereft of the strict PECS protocols.

Fortunately, the utilization of PECS has had positive communication outcomes for our students. Nevertheless, there was a general consensus that we needed to identify a better way to assist staff in the daily implementation of PECS and the monitoring of its use. Staff continued to struggle and make errors, even after attending formal Level 1 and Level 2 trainings.

To address the staff training challenge to PECS implementation, the Applied Behavior Analysis Behavior Skills Training (BST) approach was introduced to staff. Behavior Skills Training (BST) is a method for teaching new skills to beginners by specialists in this technique. This methodology includes the use of instructions, modeling, rehearsal, and feedback (Gianoumis, S., Seiverling, L., & Sturmey, P., 2012). Because BST involves performance and competency-based components in addition to vocal and written instruction, it is more time consuming than traditional training approaches. However, we believe this approach will lead to more accurate and consistent implementation of PECS and better student outcomes.

BST has been used to teach discrete trial instruction and social skills development to educators who work with students with autism, though there is little research about using Behavior Skills Training to teach the implementation of PECS. There have been efforts to identify which components of BST are the most responsible for the acquisition of new skills (e.g. Warn-Horner & Sturney, 2012). Some research has suggested that providing feedback-based training is the most critical (LaBrot, Z., Radley, K., Dart, E., Moore, J., & Cavell, H., 2017); however, the variability of skill acquisition across trainees in these experiments has not ruled out the interdependency of all BST components as being responsible for its overall effectiveness as a teaching tool (LaBrot et al., 2017). As a result, all four of the Behavior Skills Training components – instructions, modeling, rehearsal, and feedback – have been utilized in this PECS training intervention.

The instruction component can be either written or verbal, and the manner in which instruction is delivered by the trainer to the trainee involves the following steps:

The approach was implemented July, 2018 and is still being executed. Twelve preschool classrooms utilizing an ABA approach across three preschool sites were chosen. A total of 12 teachers, 36 teacher assistants and 72 preschoolers with an ASD diagnosis are the focus of this intervention. Individual and small group staff instruction is provided, both with adult (teachers and assistant teachers) and student models.

AHRC believed that by adding video modeling to the Behavior Skills Training, the training experience would be enhanced as staff would have a better understanding of what was expected. By visualizing the intervention, the staff would see firsthand how to implement PECS. Video modeling is completed on site, using staff and students as models for correct PECS implementation. Using on-site video models allows staff to see the correct PECS implementation within the classroom, including any common challenges encountered in the environment. In addition to serving as a component of the BST, these video models also serve as an on-going reference for staff in improving PECS delivery.

Given PECS’ well-supported history as a communication intervention for children with autism spectrum disorder and the continued emphasis on AAC for supporting learners with language impairments, AHRC will continue to use the Picture Exchange System in its preschools. By monitoring and reflecting upon how we deliver this instruction, we were able to identify the obstacles to intervention integrity. This allowed us to make sound decisions and create an action plan for improvement in the service delivery of PECS to our preschoolers.

We hope that the outcome of coupling the instruction of PECS implementation with Behavior Skills Training and Video Modeling will:

Although the staff training intervention is still in the early stage to date, data on both student progress and staff performance has been very promising.

Leon Campbell says he is patient, attentive, and devoted to details. “I always make sure my work is accurate within the confines of the rules that are given to me,” […]

Individuals with Intellectual and Developmental Disabilities who face the greatest challenges most often have failed to acquire a means of effective communication. Most adults and children alike without verbal behavior […]