Over the years, many terms have been used to describe the various neurological conditions that result in developmental, cognitive and behavioral disorders. In the early days of diagnosis and treatment, diagnosis’ ranged from relatively neutral terms like Hyperkinetic Impulse Disorder, (Kimberly Holland and Valencia Higuera, 2017) to overtly offensive terms such as moron, idiot and imbecile (Wikipedia, 2019). With improved research and understanding, disorders such as ADHD, Autism, Intellectual Disabilities, etc. are now often described using the term “Neurodiverse,” meaning “that neurological differences like autism and ADHD are the result of normal, natural variation in the human genome” (John Elder Robison, 2013). 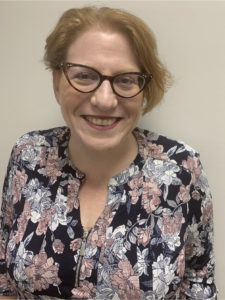 So, what does this mean practically and how does it affect the way we view and treat Neurodiverse individuals? For one thing, it views individuals from a strength’s perspective; that is, highlighting what they are good at, rather than their deficits. In his book, Neurodiversity in the Classroom, Thomas Armstrong likens neurodiversity to cultural diversity and biodiversity. He uses the example of the variations in skin color as an example, stating that we don’t refer to light-skinned people as having a “pigmentation dysfunction.” We just use different descriptors to identify the variations (Armstrong, T., 2019). Neurodiversity allows individuals to celebrate their uniqueness in the way they relate, communicate and process the world around them. Instead of asking the square peg to fit into the round hole of “normalcy,” we add square holes to the neurological spectrum. By doing this, we acknowledge that no two people, whether they are considered to be “typical” or “disordered” by common standards, are alike. This is generally referred to as a wellness model: that shifting focus from a disease state to a health state. The push for a wellness model can be seen in other fields as well. Mental health is now the more common term than mental illness. The term “mental health” has become so ubiquitous that we don’t even think twice about using it. Though the term was first used in the early 1900’s, it didn’t truly make its way into the mainstream until the last couple of decades. Mental health was not just the absence of a clinically diagnosed psychiatric disorder, it was a description of the person’s whole emotional state of being (Mental Health and Illness, 2019). Utilizing a wellness perspective when working with individuals with developmental disabilities allows us to not only de-stigmatize the perceived deficits, it removes the concept that these differences are deficits. Changing the concept of what is considered a deficit is a significant paradigm shift. What if there is no “normal?” What if “normal” is actually a spectrum of different skills and personality traits? Then everyone fits into society. No peg has to try to squeeze into an ill-fitting hole.

We would be remiss if we didn’t recognize that some neurodiverse individuals struggle socially and emotionally. The world can be a chaotic, confusing and overwhelming place in general. Those who can function, process and react easily are at a significant advantage to others who struggle in this area. This challenge is what typically differentiates “typical” individuals from “atypical” ones. But struggling in one or more areas of functioning can often times be remedied with appropriate, benign accommodations. There are stepstools for people with short stature, left-handed desks for the minority of people who are not right-handed, and pencil grips for individuals with weak finger strength, hearing and visual aids for many. These accommodations are commonplace and level the playing field. These are prime examples of how neurodiverse individuals can utilize various accommodations so that their other skills and strengths are not overshadowed by their challenges. Under the “disease” paradigm, the unique talents such as rational thinking (even in emotionally charged situations), eidetic memory, strong analytical ability, strict adherence to rules and order, etc. are seen as deficits and weaknesses that need to be corrected in order for the individual to fit into and function in society. The concept of neurodiversity views these traits as strengths rather than barriers. If social, occupational and educational opportunities that embrace differences without asking the neurodiverse individual to conform to existing systems, we would likely see increased participation, employment and overall quality of life. Perhaps social isolation, lack of employment, and solitary activities are a by-product of the exclusionary world we’ve created rather than symptoms of a disorder (Robertson, S., 2010). Looking at this from the reverse perspective, if we asked a Broadway actress to take a job as a computer programmer, she would likely feel overwhelmed, awkward and out-of-place. Chances are, she would not be successful in the job and would either quit or be fired. Now imagine that this same actress only had access to recreation activities involving computers and programming. Would she be motivated to engage in these activities, or would she withdraw and be regarded as socially isolative? She would be the square peg trying to fit into the round hole. We’re actually setting her up to fail, thus reinforcing the disease paradigm.

The key factor in promoting the acceptance of neurodiversity is education and advocacy. Rather than focusing on causation and cures, neurodiversity focuses on integration and understanding. Unfortunately, the majority of research is targeted towards “fixing” and preventing issues such as Autism. Little research has been done on integration and regarding Autism as a variation of the normal human brain. When using the neurodiversity paradigm, we remove the question of why and instead ask how. How do we make the world a more comfortable and inclusive environment for everyone? One way is to tailor different situations to meet the needs of neurodiverse individual with supports and accommodations that allow them to more fully participate in everyday societal activities. We celebrate diversity in every other aspect of life, why not celebrate it in the human brain?

Neurodiversity is not just a politically correct term, nor is it just semantics. It’s the understanding, acceptance and embracement of the human condition. It is the new normal.

Mandy H. Breslow, LCSW, MS Ed., is a social worker in practice for 22 years. She earned her Master’s in Social Work in 1997 from Adelphi University and her Master’s in Early Childhood Education in 2008 from Touro College. Her work has focused on improving the lives of children and families dealing with Autism. Mandy’s professional career includes direct service to clients both in mental health facilities and in their homes; community education and advocacy and teaching original curricula to psychiatry residents. She has a private practice in Long Island, NY and is the founder of a developing housing initiative called Indie Living. Mandy lives on Long Island with her husband and has two teenage sons with Autism.

The History of ADHD; A Timeline. Kimberly Holland and Valencia Higuera, Healthline Media, 2017

Standard recruiting and interviewing processes are designed for the ways neurotypical candidates think. Unfortunately, these practices often obscure the talents neurodivergent candidates can bring to an organization. While some autistic […]

Having a child with an autism spectrum disorder has a transformative effect on the entire family. Typically, when a child is diagnosed with autism, parents embark on a mission to […]