What is autism spectrum disorder? Autism spectrum disorder (ASD) is a developmental disability that can cause significant social, communication, and behavioral challenges. The term “spectrum” refers to the wide range of symptoms, skills, and levels of impairment that people with ASD can have.

ASD affects people in different ways and can range from mild to severe. People with ASD share some symptoms, such as difficulties with social interaction, but there are differences in when the symptoms start, how severe they are, the number of symptoms, and whether other problems are present. The symptoms and their severity can change over time.

The signs of ASD begin in early childhood, usually in the first 2 years of life, although a small minority of children may show hints of future problems within the first year of life. 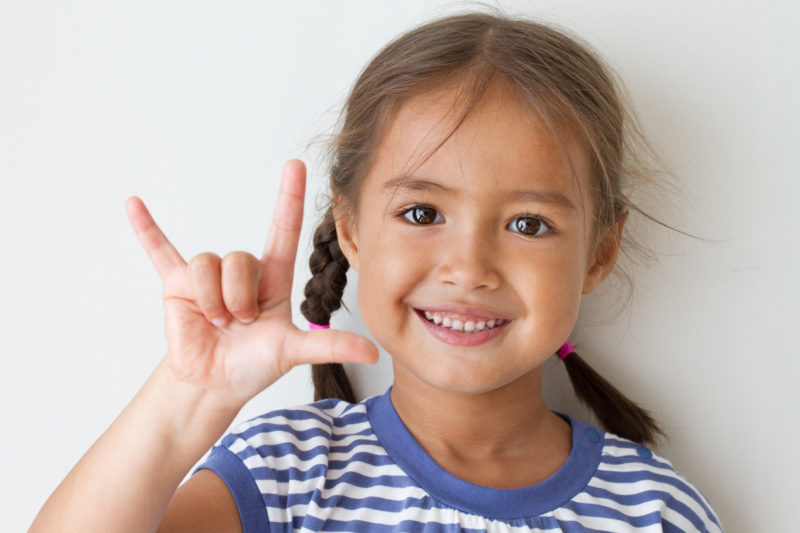 Who Is Affected by ASD?

ASD affects people of every race, ethnic group, and socioeconomic background. It is five times more common among boys than among girls. The Centers for Disease Control and Prevention (CDC) estimates that about 1 in every 68 children in the U.S. has been identified as having ASD.

How Does ASD Affect Communication?

The word “autism” has its origin in the Greek word “autos,” which means “self.” Children with ASD are often self-absorbed and seem to exist in a private world in which they have limited ability to successfully communicate and interact with others. Children with ASD may have difficulty developing language skills and understanding what others say to them. They also often have difficulty communicating nonverbally, such as through hand gestures, eye contact, and facial expressions.

The ability of children with ASD to communicate and use language depends on their intellectual and social development. Some children with ASD may not be able to communicate using speech or language, and some may have very limited speaking skills. Others may have rich vocabularies and be able to talk about specific subjects in great detail. Many have problems with the meaning and rhythm of words and sentences. They also may be unable to understand body language and the meanings of different vocal tones. Taken together, these difficulties affect the ability of children with ASD to interact with others, especially people their own age.

Below are some patterns of language use and behaviors that are often found in children with ASD.

How Are the Speech and Language Problems of ASD Treated?

Teaching children with ASD to improve their communication skills is essential for helping them reach their full potential. There are many different approaches, but the best treatment program begins early, during the preschool years, and is tailored to the child’s age and interests. It should address both the child’s behavior and communication skills and offer regular reinforcement of positive actions. Most children with ASD respond well to highly structured, specialized programs. Parents or primary caregivers, as well as other family members, should be involved in the treatment program so that it becomes part of the child’s daily life.

For some younger children with ASD, improving speech and language skills is a realistic goal of treatment. Parents and caregivers can increase a child’s chance of reaching this goal by paying attention to his or her language development early on. Just as toddlers learn to crawl before they walk, children first develop pre-language skills before they begin to use words. These skills include using eye contact, gestures, body movements, imitation, and babbling and other vocalizations to help them communicate. Children who lack these skills may be evaluated and treated by a speech-language pathologist to prevent further developmental delays.

For slightly older children with ASD, communication training teaches basic speech and language skills, such as single words and phrases. Advanced training emphasizes the way language can serve a purpose, such as learning to hold a conversation with another person, which includes staying on topic and taking turns speaking.

Some children with ASD may never develop oral speech and language skills. For these children, the goal may be learning to communicate using gestures, such as sign language. For others, the goal may be to communicate by means of a symbol system in which pictures are used to convey thoughts. Symbol systems can range from picture boards or cards to sophisticated electronic devices that generate speech through the use of buttons to represent common items or actions.

What Research Is Being Conducted to Improve Communication in Children with ASD?

Together, five institutes within the NIH (NIMH, NIDCD, NICHD, NIEHS, and NINDS) support the Autism Centers of Excellence (ACE), a program of research centers and networks at universities across the country. Here, scientists study a broad range of topics, from basic science investigations that explore the molecular and genetic components of ASD to translational research studies that test new types of behavioral therapies. Some of these studies involve children with ASD who have limited speech and language skills, and could lead to testing new treatments or therapies. You can visit the NIH Clinical Trials website and enter the search term “autism” for information about current trials, their locations, and who may participate.

The NIDCD supports additional research to improve the lives of people with ASD and their families. An NIDCD-led workshop focused on children with ASD who have limited speech and language skills, resulting in two groundbreaking articles.1 Another NIDCD workshop on measuring language in children with ASD resulted in recommendations calling for a standardized approach for evaluating language skills. The benchmarks will make it easier, and more accurate, to compare the effectiveness of different therapies and treatments.

NIDCD-funded researchers in universities and organizations across the country are also studying:

Where Can I Find Additional Information About ASD?

Information from other NIH Institutes and Centers that participate in ASD research is available on the NIH Health Information page by searching on the term “autism.”

In addition, the NIDCD maintains a directory of organizations that provide information on the normal and disordered processes of hearing, balance, taste, smell, voice, speech, and language.

This article has been reprinted and can be found at www.nidcd.nih.gov/health/autism-spectrum-disorder-communication-problems-children.

Learners with Autism Spectrum Disorder (ASD) often face significant challenges learning socially appropriate and effective communication skills. Because these challenges are present across all ages and stages of development, programming […]