Adolescents with Autism Spectrum Disorder (ASD) who attend AHRC New York City Middle / High School (M/HS) in Brooklyn are engaged in an exciting collaboration with students from the Seidenberg School of Computer Science and Information Systems of Pace University. M/HS students are participating in challenge-driven opportunity projects with their peers who do not have disabilities, and they are exploring their hopes and dreams through person-centered internet sites. These projects, with the assistance and help of the students of Pace University, are facilitating a foundation for growth in self-advocacy. 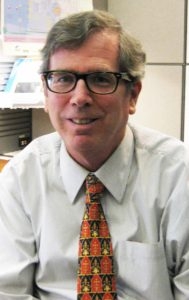 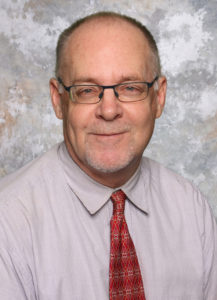 Coming to a College Course

The college course is a Web Design for Non-Profit Organizations entrepreneurial lab consisting of projects based on the goals of the M/HS students. The Seidenberg students are paired with M/HS students based on the affinity of anticipated interests and experiences. According to Dr. Lawler, Course Professor, “The objective is to expand upon interests of the M/HS students and to create a project that reflects in-depth exploration of their preferred topics.” Their interests are represented through person-centered, storytelling websites. The course consists of 24 M/HS students and 24 undergraduate Seidenberg students who meet for 3 hours on Tuesdays in the spring and fall semesters of the university over the course of the academic year. The course, which is held at the Pace University labs, provides an opportunity for the M/HS students to experience the demands and the excitements of a college course.

The rationale for engagement through the formation of the websites is derived from a disciplined methodology (Felder, 2012). The content of the sites is formed from generic interests articulated as “brag nuggets” (Klaus, 2012) in categories such as culture, entertainment, history, politics or sports. For example, the M/HS students may identify Dr. Martin Luther King, Jr. as a culture exemplar, Hillary Clinton and gender rights as a political model, or Michael Jordon as a minority model in sports. This type of content has individualized meanings for the students. The design of the sites is based on the interests of the M/HS students and devised from bite-sized pieces of information posted in the labs and from posted prototyping sketches of storyboarding with the students, using different format styles for the websites (Lynch and Horton, 2016, & McNeil, 2014).

Once the design is finalized for each of the M/HS students, development of the pages of the sites is formed by a Biography, Exemplars, Goals, Interests and Skills format chosen from different Web layout tools (e.g., Weebly, Wix or WordPress). These tools are not difficult to use for either the Seidenberg students or the M/HS students. The interests expressed by the students are illustrated both in the information presentations and in the multimedia photographic formats (McNeil, 2014). These sites are formed further from diverse fun-to-play tools (e.g., iMovie and Movie Maker). “If the AHRC student has an interest in cooking, the Seidenberg student may, as a consequence of this interest, arrange interviews with chefs at local restaurants near the university,” according to Ms. Flores, the Transitional Coordinator of the M/HS. The interviews may then be posted on to the websites as videos. The sites are found on a cloud-hosted platform controlled by the M/HS for privacy and shared during festive presentations of the websites by the M/HS with the Seidenberg students at the end of the semesters during the year. Parents, school staff, and community members attend these events.

The oversight of the collaboration between the two schools is the responsibility of the Professor, James Lawler at the Seidenberg School and the Transitional Coordinator, Estefania Flores at the M/HS. The professor monitors the projects via journal postings and project samples of the websites through an easy-to-learn e-Portfolio tool (i.e. Mahara), furnished by the internal technology department of the university. The Transitional Coordinator monitors the projects with the participating M/HS students.

Though most of the Seidenberg students are not familiar with students with ASD before taking the course, they are introduced to autism through disability literature, such as Suskind’s Life Animated and Grandin’s The Autistic Brain, furnished by the professor.

Enabling a Foundation for Growth

The college course benefits the M/HS students by developing a foundation for further growth of their interests, which in turn promotes new opportunities for occupational skills. According to Principal Andrew Winfrey of the M/HS, “By furnishing partnership interactions with Seidenberg students on personalized websites, the course is helping many of the M/HS students to be more imaginative and interested in possibilities within society.” Furthermore, he states that the Seidenberg students are helping the M/HS students to be more motivated about interests as a lifeline, an impact indicated in the literature (Heasley, 2017), through the websites. As storytellers, the M/HS students are also helping the Seidenberg students to become sensitive technologists in their interactions with a frequently neglected and misunderstood population of students. The course of Web Design for Non-Profit Organizations is engaging for all of the students in a journey of learning through storytelling on the Web. The course allows students first-hand experience in a college course and may motivate them to attend college in the future.

Traveling to and attending a course in a downtown college in Manhattan is a big deal for the AHRC New York City M/HS students. They enjoy greatly the facilities of the state-of-the-art labs of the Seidenberg School of Computer Science and Information Systems of Pace University. The projects of storytelling and person-centered websites facilitate higher engagement of both groups of students, evident notably in impacts in improved self-determination and increased self-esteem for the M/HS students. In short, this unique journey embarked upon by the students on the autism spectrum, aided by the technology of AHRC New York City and Pace University, is a venture that may be replicated in other similar institutions.

Heasley, S. (2017). Study: For those with autism, fixations can be beneficial. Disability Scoop, February 3, 1.

Berklee will launch the Berklee Institute for Arts Education and Special Needs in the fall of 2017. The institute will provide opportunities for individuals with special needs to learn about, experience, and create […]

Empowering Parents: Caregiver Support for Youth and Adolescents with ASD

Parents rely on neighbors, friends, family members and other caregivers to provide in-home temporary care, frequently referred to as “babysitting,” for their children while they attend meetings, run errands, and […]

The Road to Adulthood: Planning and Preparing for Transition

For families of adolescents with autism and other intellectual and developmental disabilities, planning for the future may seem particularly daunting. Parents are often faced with questions about what lies ahead […]

The process of finding, applying for and obtaining employment is one that is constantly evolving. These changes often present new challenges for adolescents and adults with autism and related disabilities. […]