As a paediatrician, we are taught that the developmental progress of a three to four-year-old child should include well over 500 words and that a child should be able to describe things and situations in a meaningful way. This milestone is one that all parents strive for as it is an important part of a child’s normal development. However, in children with Autism Spectrum Disorders (ASD) or special needs, communication issues are common and many children are often slow to begin talking or may not learn to talk at all (Osterlin et al, 1994). 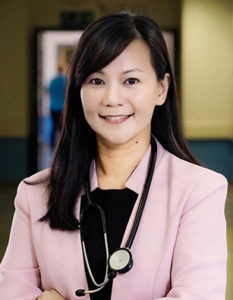 Augmentative and Alternative Communication Strategies (AAC) were originally developed to assist people with severe speech impediments as a means to provide non-vocal options of communicating with others (Paul, 2008). Using AAC as an approach to improve communications is based on the concept that all children have a need to communicate even if their speech is not present. Some examples of AAC methods are:

The use of sign language in ASD and children with special needs who fail to acquire spoken language is well documented as a communication modality.  However, it is reported that children with problems with fine motor development are less likely to benefit from this form of AAC.

PECS uses visual pictures and symbols as a form of communication with a child with limited verbal communications (Charlop-Christy MH, 2002). At its most basic, the child hands you the picture or indicates by pointing to a picture of what they want. It encourages engagement and initiates a communication between the child and parent or caregiver. PECS is later extended over several stages over a period of time. For example, the child would learn to use two PECS symbols: the first symbol for “I want” and the second symbol for the item requested.

There is no evidence to indicate that the use of PECS cards would interfere or inhibit the development of speech in later years. PECS cards can provide an alternative means of communication for a child with special needs or autism who is unable to speak (Tincani, 2004)

Non-verbal children with ASD have been shown to benefit from voice output communication devices which supplement or replace speech (Bernard-Opitz et al, 2001). These require an external power source such as batteries or electricity, and permit the storage and retrieval of electronic messages, symbols and pictures, allowing the user to communicate using a speech output. For example, when the symbol or picture is touched on the device, it produces a voice saying the word out loud at the same time. Today, there are also symbol-supported communication apps like Proloquo2Go which can be programmed directly into an android or iPad which produces a voice-output. Light et al (1998) also reported positive language outcomes in children with ASD when voice output communication devices were included with signs, gestures, and natural speech as a components of a comprehensive communication system.

AAC approaches are compatible with the development of speech as well as used as means of improving communications for children with ASD and special needs. However, there is still a paucity of large scale research in this area and many studies have small sample sizes. Early interventions using AAC for children with ASD and special needs has been shown to make a dramatic difference in improving the function and form of communication (Lord, 2001). There is a growing belief in the speech therapist community that AAC approaches have a beneficial impact on speech development and will reduce the frustration and anxiety caused to children by their lack of or delayed speech development.

Professor May Ng, MBBS (Hons), FHEA, FRCPCH, MSc, LLM, PhD, is a Consultant Paediatric Endocrinologist and Honorary Associate Professor at the University of Liverpool, United Kingdom. She completed her undergraduate degree under full scholarship in University of Sydney, Australia and her paediatric training in Australia and the United Kingdom. She was the recipient of the prestigious UK Medical Research Council Fellowship and completed further training to obtain a Masters in Medical Science and PhD degree in paediatric endocrinology and diabetes. Dr Ng also holds a Master of Laws degree and is active in medico-legal work. She is Chair of the UK Association of Children’s Diabetes Clinicians, Officer for British Society of Paediatric Endocrinology and Diabetes and Training Advisor for Royal College of Paediatrics. She is in the Diabetes UK Council for Healthcare Professionals and Online Learning Committee for European Society of Paediatric Endocrinology.

She is an active researcher with over 150 publications and has presented at more than 150 scientific meetings. She serves on the editorial board for several international journals including as Editor-in-Chief and as Associate Editor and is a regular invited referee for many high impact journals. She is a clinical lead of multiple national award winning initiatives such as University of Liverpool Alumni Award 2020, Diabetes UK Mary Mackinnon Award 2018, winner of 2015 Diabetes Quality in Care award, Highly Commended runner up for Diabetes Team of the Year National BMJ Awards 2015, finalist for the HSJ Clinical Leader of the year 2015 and finalist in the UK Asian Woman of Achievement Award 2016.

Dr. May Ng is also a book author of A Journey with Brendan, documenting life with her son with autism as both a mother and paediatrician. Her twitter page is @mayng888 and website is www.paedsdoc.co.uk.

Seal B, Bonvillian J. Sign language and motor functioning in students with autistic disorder. Journal of Autism and Developmental Disorders 1997;(27):437–466

Tincani M. Comparing the Picture Exchange Communication System and Sign Language Training for Children with Autism. Focus on Autism and Other Developmental Disabilities 2004;19:152–163.