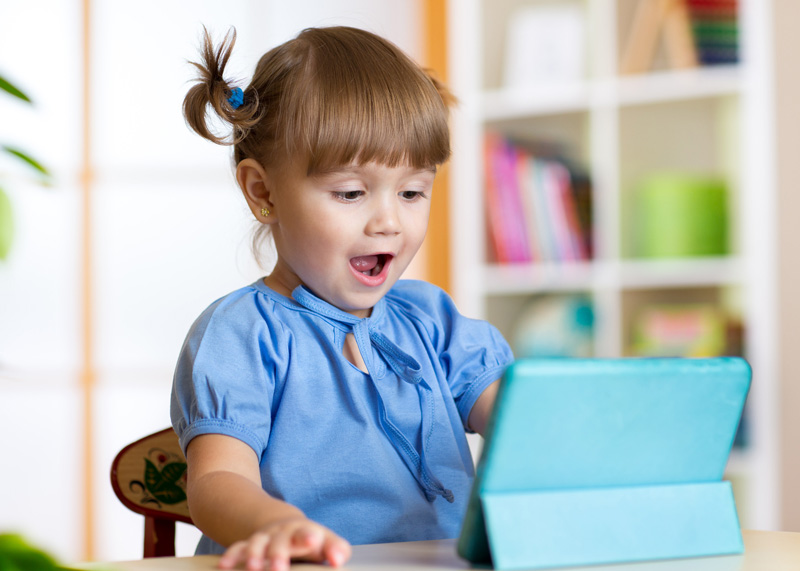 Should All Nonverbal Young Children with Autism Immediately Have AAC Taught to Them?

Lack of speech is often the most obvious symptom of an autism spectrum disorder (ASD) and greatest cause of concern for parents of young children. For many families of children with ASD, having their child learn to talk is their primary goal. Children with ASD who learn to use spoken language as a primary means of communication have better outcomes than those who do not (Howlin, 2005). Children with ASD who are verbal have more opportunities for social interactions with family and peers, as well as a greater chance of participation in mainstream settings in school and community.  Fifteen years ago, experts estimated that approximately 40% of children with ASD did not acquire functional spoken language and these children had the poorest long-term outcomes. However, many experts now estimate that the current proportion of children with ASD who do not speak is between 20-30% (Rogers, 2003).

The question then is how to facilitate the emergence of meaningful spoken language so that the largest possible number of children with ASD will acquire speech at the earliest point in development. Developing speech is only one aspect of communication as there are other important communication goals as well.

Several factors have precluded young children with ASD from developing verbal speech. Unfortunately, research has not yet yielded a best instructional method for enhancing early communication or calculated the time it takes to successfully implement such intervention. Research has revealed a variety of approaches that demonstrate efficacy for both increasing communication and eliciting first words from non-verbal young children. However, no guidelines are given to help determine which methods are more effective, for which children, and at what point in development. So, we know it is possible to teach language but we do not know the best way to do it for all children with ASD. Again, it depends on the individual child. Whatever approach is used, effective language teaching involves ongoing individual interactions with a child using carefully planned and sequenced strategies and clear reinforcement practices in natural environments. Collecting ongoing data and using such data for decision-making is crucial. The bottom line is skill development and skill generalization.

Most young children with ASD only receive a few hours of speech-language therapy a week and therefore, they are not receiving rigorous enough intervention to make the most rapid gains possible. However, communication is not just the responsibility of the SLP, but the responsibility of every person who works with that child since communication occurs in every setting. Therefore, it is necessary that a collaborative process be in place for all team members to know how to implement all communication interventions so the interventions can be delivered throughout the child’s day and environments.

A second component of successful implementation includes training parents or other caregivers to provide opportunities for the child to engage in repeated practice of the use of new communicative forms and functions in everyday activities. According to the National Research Council (2001), parent training is a necessary practice for intervention with young children with autism. Parents can learn all the major interventions at a high level of fidelity, deliver them at home, and improve their children’s language abilities. Interventions that embed instruction in the natural family routines and child-care practices are especially effective.

Some children with autism spectrum disorders (ASD) may benefit from the use of alternative/augmentative communication, known as AAC. AAC includes any type of communication that is not speech in order to replace or supplement talking. While AAC can sound mysterious, it really boils down to using visual (see) or tactile (touch) means to help communicate. The rapid growth of computerized communicative aides has greatly increased the potential for nonverbal student with ASD. Augmentative and alternative communication (AAC) intervention methods can be used temporarily or permanently (ASHA, 1991). According to von Tetzchner and Martinsen (1992), individuals who might benefit from AAC fall into three groups: (a) the expressive language group, in which individuals understand language but have difficulty expressing themselves: (b) the supportive language groups, comprised of two sub-groups that include children who extemporarily use AAC in order to facilitate understanding of spoken language as well to express themselves or children who speak but have difficulty being understood; and (c) the alternative language group, in which AAC is a permanent means of receptive and expressive communication.

While AAC does play a crucial role as a primary communication system for some children with ASD, it does not necessarily assist in developing useful, communicative speech. Currently, there is no empirical evidence that the use of AAC will accelerate the development of spoken language. A recent research review concluded that although there was evidence of improvement in children with phonological and expressive problems, the effect on those with more severe communication difficulties was limited. There is no evidence that any one program is superior to others in terms of producing a higher rate of spontaneous and generative communication or with greater generalization (Howlin, 2008). There was some evidence that an augmentative system may encourage a previously nonverbal child to speak. However, remember, that time spent on AAC training is not time spent on learning to use and understand speech and it takes considerable time to learn an AAC system.

Consider that by 18 months, babies have heard 4,380 hours of spoken language and we don’t expect them to be fluent speakers. Yet, if AAC learners only see symbols modeled for communication twice weekly for 20-30 minutes, it will take 84 YEARS for them to have the same exposure to aided language as an 18 month old has to spoken language. (Jane Korsten- QIAT Listerv 2011).

Who are the best candidates for immediate consideration for AAC?

Because functional spoken language predicts better outcomes for preschoolers with autism, and because the large majority of young children with autism apparently can master speech, should teaching children to understand and use speech be a main priority of every early intervention program for children with an autism spectrum disorder? Yes!

Kristie Lofland, MS, CCC-A, is an Educational Consultant for the Indiana Resource Center for Autism at the Indiana Institute on Disability and Community at Indiana University, Indiana’s Center for Excellence on Disabilities. For more information, visit www.iidc.indiana.edu/pages/irca.

This article is reprinted with permission. You may view the original article, published on March 14th, 2018, at www.iidc.indiana.edu/pages/should-all-nonverbal-young-children-with-autism-immediately-have-aac-taught-to-them.

My son, Tariq, is turning 40 this November. He is autistic, as well as nonspeaking, and he has a severe intellectual disability. Like many other parents of nonspeaking autistic children, I have had imaginary conversations with him many times over the years, and I wonder what he would tell me if he could speak. If […]

The transition from adolescence to adulthood is an important and transitory juncture in the lives of modern young individuals. This exciting and oftentimes anxiety-inducing time brings with it a host of challenges: increased independence, heightened self-awareness, the taking on of more personal responsibilities, and a marked change in the expectations or practices of social engagement. […]

Communication is an essential skill that contributes to success with relationships. Individuals with ASD particularly focus on growth in their communicative skills for a majority of their lives. With young adulthood comes the combination of self-identity development and the presentation of more abstract social situations. A common challenge many young adults with ASD experience involves […]

As a paediatrician, we are taught that the developmental progress of a three to four-year-old child should include well over 500 words and that a child should be able to describe things and situations in a meaningful way. This milestone is one that all parents strive for as it is an important part of a […]

There is an emerging though limited body of research demonstrating the effectiveness of theatre-related activities to teach emotional recognition and expression, non-verbal behaviors and gestures, listening and conversation skills, eye contact, as well as strategies to handle a variety of social situations. Theatre arts offers a safe place for youth with Autism Spectrum Disorder (ASD) […]