Parents and caregivers who work directly with individuals (children and adults) with an autism spectrum disorder diagnosis are in most cases overwhelmed with the impact and difficulties they face in accommodating to the reality they and their child face when learning of the diagnosis. I will not attempt to define autism in this brief article, and as many agree, coming to a diagnosis is complex! Those in the autism support effort learned from people with autism the best characterization I have ever heard in terms of what autism is: “When you’ve met one person with autism…you’ve met ONE PERSON with autism.” Although there are some foundational similarities among those with this diagnosis, variations are plentiful.

Bureau of Justice Statistics – 2012 to 2019: Comparing crime victims with and without disabilities

I have worked with many individuals with autism and their families and have so far found truth in the above statement. Although we say this about those in the neurotypical population, the reality of it is striking for the autistic population. As a result, most attention in the literature and other gatherings is focused on increasing socialization, social skills, communication enhancements and options, management of emotional overloads, building social skills, and building an academic career, among others. My life took me on a different path, in terms of my attention to the difficulties they face. My experience caused me to focus on the problem of abuse of people with autism and other developmental disabilities.

For many years, recognition of the abuse of children and adults did not specifically address those with disabilities of any kind. In more recent years, beginning efforts are being made to learn the incidence of abuse in the population, as well as responding to abuse when it happens in terms of law enforcement, medical attention, and psychological treatment for trauma.

The following is a relevant and recent report of a study of the incidence of abuse in this population:

The Bureau of Justice Statistics issues a biannual report on abuse of people with disabilities. The table above is their summary of the past three reports where trends can be identified easily.

I would say that the quote of Pfeffer’s study is the “tip of the iceberg.” However, in general one can say that abuse is not a focus of inquiry or interest in the literature. Yet, I would suggest that it should be on the top of every list made to support children and adults with autism. There are many cases in which abuse is not identified as the source of the child’s new difficulties, with these changes are ascribed to the disability, rather than the impact of trauma. For this reason, I developed a brief “cheat sheet” guide for physicians whose client may present with a number of new difficulties (often referred to as behaviors when in fact they are symptoms of a significant problem – trauma), to facilitate discovery of abuse that the patient (child or adult) may not be able to describe. The “cheat sheet” is called, “Dr. Chap” to encourage physicians meeting with individuals (and the caregivers/parents) with disabilities to inquire into the following:

Developmental Regression: Signs of regression such as loss of language, increased clinginess, acting as less than their developmental age and prior achievements, and needing help for previously achieved developmental milestones.

Communication: Changes in communication, particularly the onset of elective mutism, use of baby talk, stopping talking and only gesturing, for example.

Health: Changes in overall well-being, with the onset of new difficulties in areas such as sleep, hygiene, and eating habits.

Activity/Behavioral Changes: Change in sleep patterns (too much, too little), the need to sleep with parents or other family members, onset of self-injury, change in eating (too much/too little).

Psychological Changes: Onset of depression, anxiety, phobias, night/day terrors, hallucinations, hearing voices, fear of location of abuse (refusal to go to school, get on the bus).

I also believe that those professionals providing direct services to individuals with Autism are not provided with information about signs and symptoms of abuse, and thus a child/adult on the spectrum may go without help for quite a while, particularly those who do not know the words to describe what has happened to them or do not have a method to communicate.

Starting at the beginning, knowing that abuse is a “clear and present danger,” parents and other caregivers must learn not only the signs of abuse (as they may appear in their loved one), but also how to reduce the risk of abuse in the first place and, if it occurs, what are initial emergency steps to respond (report the abuse, remove the perpetrator from the autistic person’s life, and find effective and compassionate trauma therapy).

In 2012, in the absence of a national survey on abuse in the population of those with disabilities, along with the Arc of Riverside County, CA, we developed one – you can view the report here. We began dissemination on May Day and closed on November 1st, accumulating 7,289 responses. The responses showed that the extent of abuse is very high in the population of those with disabilities, and little pre- and post-efforts to reduce the risk of abuse existed. Although we did not do a survey on the availability and impact of trauma therapy for those with autism, in general reports are that post-trauma healing programs are rare for those with autism.

Reducing the Risk of Abuse

When addressing such a complex problem, it is often difficult to know where to begin. I think it is prudent for anyone/everyone caring for an individual on the spectrum to complete a “risk reduction plan.” I developed this term and program to use instead of the term “prevention,” as it is not possible to prevent 100% of abuse from occurring, but it is possible to reduce the risk the impact of abuse. Briefly, the following factors are essential:

In many cases, the victim does not have any language to use to describe what has happened as sexual abuse is not part of their known communication teaching. For example, the PECS system does not offer an option to communicate abuse of any kind. Thus, having someone with the individual to participate in information gathering interviews is essential. If the individual cannot describe what happened, using anatomical drawings or dolls can facilitate the description of what happened.

Responding to and Healing the Impact of Abuse

An assault of any kind (verbal, emotional, sexual, financial) can be extremely traumatic. Often the individual feels embarrassed and ashamed (for being a victim) but also frightened, confused, and angry. Trauma treatment is recommended to begin immediately. The best therapies are those whose impact is felt during the treatment session. Some abuse survivors will wish to talk about what happened to them while others will not want to talk about it at all. Some therapies require the survivor to talk about what happened, yet this is also difficult as it may reignite the victim’s traumatic experience. Working with sexual (or other) assault victims with Autism is a mix of conducting the therapy at the best pace for the survivor of abuse and facilitating their release of strong emotions such as terror, anger, self-protection, sadness, hopelessness, helplessness, depression, and self-blame among others.

It has been my experience that most sexual assault victims do not want to “tell the story” of what happened to them. Feelings of shame, embarrassment, and helplessness may overwhelm the victim/survivor. Therapy specialists working with individuals with autism know to “tread carefully” so as not to restimulate these emotions but treat them so the individual no longer feels them.

Treating the individual victim is essential. The therapist helps the survivor know that they can and will heal from the trauma. Many are helped when they learn they are not the only one who has been abused. Currently, many therapists are using what used to be considered “alternative healing” approaches, but are now accepted (and proven) therapeutic interventions for individuals who have been abused. In this brief article, I will only highlight two of these. The first is Thought Field Therapy TFT, the second is Eye Movement Desensitization Restructuring (EMDR). The advantage of both approaches is that results (feeling better) are fairly rapid and persist over time. Both have been tested extensively and found to be “effective,” meaning that the trauma victim feels significant relief from trauma symptoms after treatment. I have studied and practiced Thought Field Therapy with my clients with very remarkable results. Thought Field therapy does not require the individual to talk about their abuse – a great advantage over other approaches. Most do not want to talk about it, they just want to feel better. TFT employs the energy meridian system used in acupuncture and acupressure. The patient is asked to focus on the feeling they have when recalling the abuse, usually a combination of terror/fear, confusion, physical pain/discomfort, confusion, anger, invasion, and helplessness. They are then led through a series and sequence of tapping upon themselves specifically designed to release trauma. They are then asked how bad it feels when they think about the abuse. Treatment continues until they are at a “zero” when thinking of the trauma. The advantages are that there is nothing ingested, injected, or inhaled. The shift is permanent and there is no pain and no side effects.

Healing includes not only the relief from the post-traumatic stress symptoms, but also re-building one’s sense of self, place in the world, and feelings of self confidence in healing from the abuse not only emotionally but learning that they are not alone. Many, after treatment, wish for opportunities to help others who have been victimized to not feel they are alone and to know that they can heal from the trauma.

Risk Reduction Workbook: This is a workbook that provides most of the information any caregiver (individual/family/agency) needs to design an Individual Response Plan for their loved one or client. It is individualized to the skills and needs of each person.

Survivor – This is a support book for survivors of sexual assault, detailing what is meant by “sexual assault,” supporting the individual by knowing they are “not alone” or “not at fault” and that there are hundreds upon hundreds of others who have similarly been attacked by family, acquaintances, or strangers.

VERA – This is an organization that created an online guide about sexual abuse of children and adults with disabilities and includes information on healing approaches and resources.

Thought Field Therapy – This is a psychological healing treatment effective for trauma.

EMDR – This is a psychological healing treatment for trauma.

Additional resources can be found at www.DisabilityWithoutAbuse.com, a project that supports offering information, resources, guidance for those who wish to strengthen their risk reduction plans and treatment options when abuse occurs. 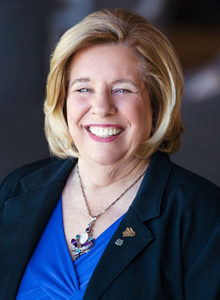