Spoken language remains the most efficient means of communication. The ability to speak functionally with others consistently and robustly predicts positive life outcomes for individuals with autism spectrum disorder (ASD; Howlin et al., 2004). Not surprisingly, most interventions have focused on improving language in very young children during critical periods of development when language seems to be more easily acquired. Indeed, it has been widely thought that interventions to improve spoken language would be ineffective outside this early critical period and to be effective had to be of high dose, namely many hours per week. In addition to age of child and dose of intervention, two other questions that have been debated include: 1) whether it is beneficial or detrimental to use speech generating devices (SGD) to teach language, and 2) how parents should be involved in treatment. Informed by current research, we will address each of these points to provide a framework for understanding the potential of interventions targeting spoken language in school-aged children with ASD. 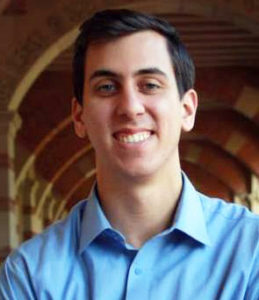 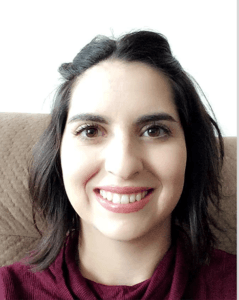 Most interventions for children with ASD have focused on early childhood. Despite these interventions, around 30% of children with ASD do not develop functional spoken language by age 5 (Anderson et al., 2007). Few interventions have been developed for children over 5 with severe language delays and a misconception persists that developing language in this population is an unreachable goal. One approach to intervening with older, yet still language-learning children, is to adapt early intervention for older children. An example is the application of an evidence-based early intervention called JASPER (Joint Attention Symbolic Play Engagement and Regulation) to minimally verbal children with ASD over the age of 5. One JASPER study included the addition of a speech generating device and parent training to optimize spoken language outcomes while considering systematic changes in dose depending on the child’s initial response to intervention (Kasari et al., 2014). Results indicated that the intervention significantly increased children’s levels of communication and spoken language. This preliminary work has shifted our perspectives on language interventions for school aged children by showing language development is possible through targeted intervention.

A commonly held belief among clinicians and parents is that the use of a speech generating device will prevent children from developing spoken language. As a result, there can be a hesitancy to introduce the device into therapy. One of the novel components of the recent intervention trial was the inclusion of an SGD on top of JASPER. Integration of a SGD with JASPER was found to be beneficial compared to JASPER alone in improving spoken language (not just use of the device to communicate). The benefit of SGD use in intervention for children with ASD has been documented in other studies as well (Van der Meer & Rispoli, 2010). Introducing such systems into standard care may further encourage children’s spoken language development and refine the methods of instruction to teach children to use the SGD.

A treatment study conducted by Ivar Lovaas in 1987 found improvements in children’s IQ and classroom placement after an intensive 3 year, 40-hour per week intervention (Lovaas, 1987). Since that time, 20-40 hours per week remains the standard recommendation for intervention dosage (e.g. Vismara & Rogers, 2010). However, these landmark results have not been replicated in subsequent trials (e.g. Smith, Groen, & Wynn, 2000). In the decades following Lovaas’ study, the field has seen a proliferation of more naturalistic, developmental interventions such as JASPER (Schreibman et al., 2015). Kasari, et al. (2014) provided an example of a targeted social communication intervention delivered at a low dose – only 2-3 hours of intervention per week for 24 weeks. The low dose intervention was found to significantly improve the use of spoken language in children, all of whom had received intensive behavioral interventions prior to the study. This suggests that the content of intervention, rather than the number of hours children receive interventions, may be more critical to progress. Intensive interventions are not the only way to teach children with autism language.

Parent involvement is essential to interventions for children with ASD (NRC, 2001). Parent involvement in intervention can improve a child’s engagement, language, and social initiations (McConachie & Diggle, 2007). How parents should be involved remains unclear. In Kasari, et al., (2014), parents first observed sessions between their child and a therapist, then were later actively coached in strategies used in the intervention. While parents most improved in their ability to carry out the intervention strategies while they were actively coached, their learning actually began at the observation phase of the study (Shire, et al., 2015). Simply watching their child interact in session with a therapist improved the strategies they used to engage with their child.

Recently published research has challenged commonly held ideas of how interventions can improve spoken language in school-aged children. It is important to continue to refine evidence-based interventions to target language beyond the age of 5. In sum, SGDs should be strongly considered as an addition to interventions for minimally verbal children, low dose targeted interventions should be considered to augment current services to improve communication, and parents should be present to observe sessions when possible. The continued application of updated knowledge gained through research will improve outcomes for older language learning children.

The Importance of Communication in Neurodiverse Relationships

Neurodiverse relationships, in which one or both partners are on the autism spectrum, can be among the strongest partnerships. However, neurological differences present unique challenges, particularly related to communication. Partners […]

The Risks and Consequences of High or Low Functioning Autism Labels

People with Autism Spectrum Disorder (ASD) experience the world differently, not to a greater or lesser degree. The dynamic of one’s social abilities, expressive and receptive language development, intellectual skills, […]

What NOT to Say…

It’s easy to say the wrong thing to someone, even when you have the best of intentions. Everyone has done it, and whether you realize it yourself or someone points […]

An opportunity to reach a targeted autism readership of over 200,000 per year online with almost 30,000 social media followers